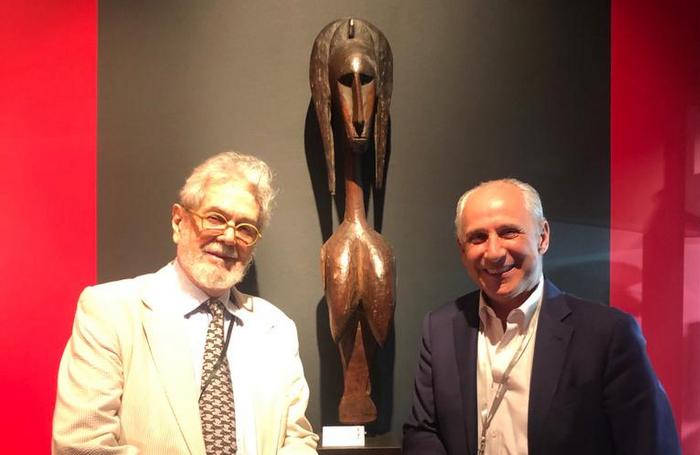 We already knew about his presence at Art Week in Miami, thanks to a mutual friend, Geo Ripley, another fervent worshiper of African cultures and roots that unite us. For this reason, in our tour of the multiple fairs that together with Art Basel fill the city with art, we stopped at Design Miami with the firm intention of interviewing Reynold Kerr.

Kerr, who has dedicated his life to studying, enjoying and guarding African art, exposes part of his valuable collection in this space and kindly agrees to dialogue with Arte por Excelencias.

When and how did you start in the art world?

For a few years I was a director for Latin America of big companies and got tire of the corporate. In the meantime, I had collected pre-Columbian art - mainly gold - and after I was paid the bonds for my work in the companies, I jumped into art. That was 50 years ago, in the 69.

Not bad, how old were you at that time?

I was thirty-something at the time, I was young and beautiful (laughs)

When you became interested in African art, what countries did you go to?

That was a transition. I could not collect pre-Columbian gold, because it is very expensive and my collection was bought by the Boston Museum. Then I "discovered" the African art that immediately captured me. For me they were deities within reach of being able to argue with them. I did that ritual and that ritual has to produce me an action.

And you traveled to countries ...?

Yes, but that was later.

I mean, you started collecting African art in the United States ...

In United States. Then I moved to Amsterdam where, at that time there was a lot of movement on African art, also in Brussels. Both places came and went easily because the distance is short, but my headquarters was in Amsterdam first and then Brussels and later I returned to Amsterdam: 7 years I spent in this feat, working in African art. The artists also came, the COBRA mainly and I "swapped" African art.

At that time, I was coming and going to New York and one day as I passed through the border at the airport, the customs officer said: "Welcome home" and at that moment I felt it. Then I took an apartment in the same neighborhood where I live now, next to the Metropolitan Museum of Art. Later I changed from 61 to 16, I turned the number over and I've been there for 40 years. My wife came from Indianapolis to New York 36 years ago.

What countries do you have pieces on display?

The art I am exhibiting here is from countries in Central Africa and West Africa.

Any specific country in Central Africa?

From Gabon, in Central Africa, we have a very famous piece that is a Kota: it has a fantastic history. These pieces are very rare and are sold at high prices so I made a change with a colleague and collector from Phoenix, I gave him a mask that I had and I kept the work.

Suddenly, an academic that I have helped and that was in Nigeria, sends me a movie and when I am watching it I discover my piece. The film is called The Monuments Men and in it the character who makes the video was the owner of the piece. The film takes place at the end of World War II and the State Department entrusts a brigade with the rescue of works of art stolen by the Nazis. They found it in different parts, even in caverns and that is the feat that this man starred in restoring the art stolen by the Germans to the rest of Europe.

Then he had the piece, after the war he went to the curator of the Brooklyn Museum - that when he retired moved to Tucson in Arizona - and became friends with the colleague of mine. When the curator died, my friend bought the piece. So, it is an object that comes with a huge ancestry, not only for the person who had it but who sold it that was a great dealer. 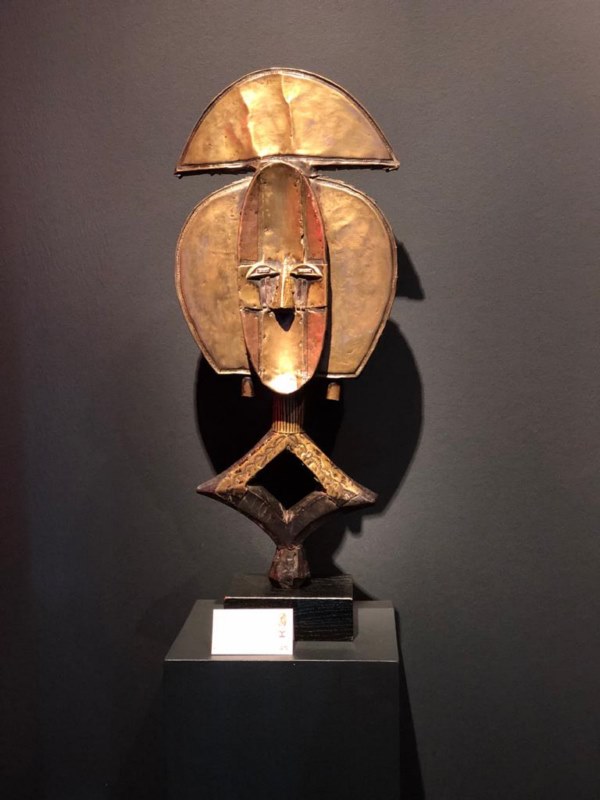 What material is it made of?

That one has wood, copper and brass.

Impressive piece, impressive history and, how many pieces make up your collection?

It's huge, we're talking about almost 2,000 objects, but selected.

How do you evaluate the quality of an ancient African work of art?

It is very easy to answer: aesthetic. Authenticity and aesthetics

That is, seniority, authenticity and aesthetics

Is the artist's name not so important?

It matters, what happens is that many of them do not know who they are. Of some we do know why in the 50, 60 or 70 there were sociologists or archaeologists who were dedicated to that.

What material is most worked on?

Ebony never in the ritual, that is for tourism. The wood used for an object depends on what deity it is dedicated to. Then there is first the tree where the deity you want to flatter lies, and then you take away everything that is not, so that the figure has what it has to have.

Before saying goodbye to Reynold Kerr, infected by his enthusiasm for African art, we took some snapshots that we left as a sign of the truth of his words: these works stand out for their antiquity, authenticity and aesthetics.

On the cover: Reynold Kerr (on the left) and José Carlos de Santiago, President of the Excelencias Group (on the right)

Previous publication FICGibara: We want it to remain an exceptional experience Next publication In Art Miami: From Colombia, volumetric wonders ... 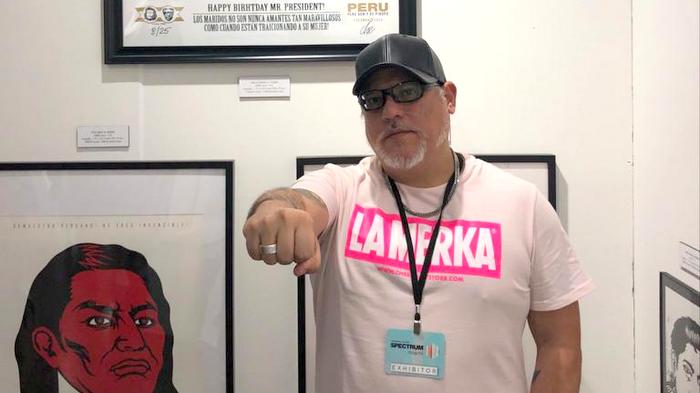 FICGibara: We want it to remain an exceptional experience