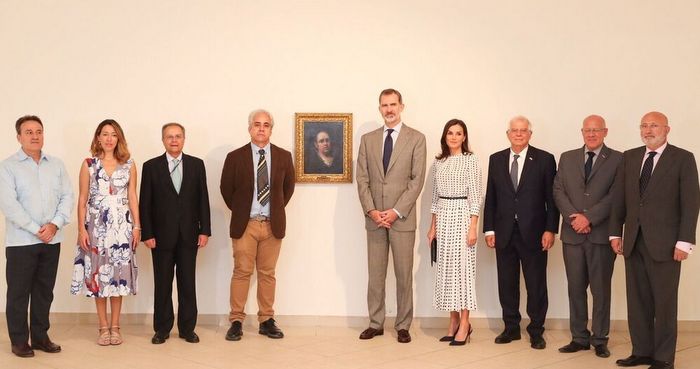 A self-portrait that shakes

Exclusive statements by Jorge Fernández, Director of the National Museum of Fine Arts of Cuba (MNBA) to Arte por Excelencias.

“For the National Museum of Fine Arts, it is an extraordinary event. We had seen engravings of Goya; our audience knows the series Los Caprichos y Los desastres de la guerra. But it is exciting to face an original Goya, regardless of whether any of us had the privilege of seeing it in other museums, including Prado. But that is in Havana, it is a fact that vibrates. Young people, ordinary people, who can see a late self-portrait of the artist who marked a new direction to the history of Spanish art.

For us it is very symbolic that the Kings of Spain had been in our institution yesterday, together with that original that is the result of the collaboration of the Prado Museum and the MNBA; because this work is from when he turns 69, at the entrance of the 19th century. He is a man who comes back, who has suffered the worst attacks of his time, and one appreciates in the painting the ease of the brushstroke, the deep psychological perspective, I would say that heartbreaking.

Someone like him entering adulthood, and who is looking at and questioning himself, revisiting his life. When you look at it, - and this is at the subjective level, and it is not what other art critics have said - one observes how the masculine and the feminine blur. It is something incredible, because the picture is like a spiral, where colors like black and white are gravitating over the ocher. That depth of the brushstroke, that depth of the character, the truth is that it shakes.

It is a small painting and, nevertheless, it is one of the most valuable works. And it is clear that I don't speak only of money. Masterpieces do not have to have a giant scale. The interesting thing is how he wanted to synthesize and summarize his mood and psychological state and it was not necessary to paint in three or four meters: the original piece measures 45.8 by 35.6 cm. In that format he summarized the period of his life up to that moment. And that is why some consider that self-portrait, if not one of the most valuable, the most valuable of his fruitful life. 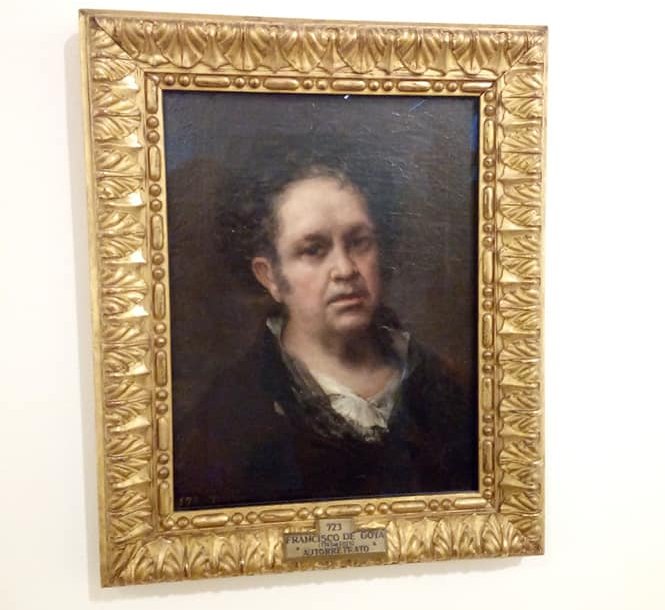 How was born the project to bring it to Havana?

The idea arises from the fact that the ambassador of Spain in Cuba, Juan Hernández, approaches the Ministry of Culture first and then the MNBA, and the possibility that the Kings made an official visit to Cuba was already being handled. In the beginning, he tells me about exhibiting exclusive works from our valuable collection of Spanish art; because in principle it was very expensive to bring an original work from the peninsula, and Spain was at a very complex moment as we know, without forming a government and not having assigned budgets. It was a practical way to decide ...

But it seemed to us that, if the Kings came, on a date as significant as the 500 in Havana, it was an opportunity to bring this piece, which would generate a commotion and to establish another type of dialogue with an institution as admired as the Prado Museum, one of the most prestigious in Europe. The exact moment for this exchange, and from there the idea of ​​this project was born: we talked with them about Velázquez, and other artists, but finally we decided on Goya.

Is there a history of this type of event for the highest institution that treasures the heritage of visual arts in Cuba?

As far as I know, there is only one antecedent in 2011 when the work El Narciso de Caravaggio came, and some disciples of this Italian art master, which was then a shock. I was there, but not yet as the director of the institution. And I remember the tremendous rows to see the piece.

It is true that the MNBA has an excellent collection of Spanish art: the Sorolla that are known, Madrazo, Paret, Zurbarán, Rivera, and that we are strong in the 19th century. Only Goya is the 18th-century artist who represents the transition to the next century. 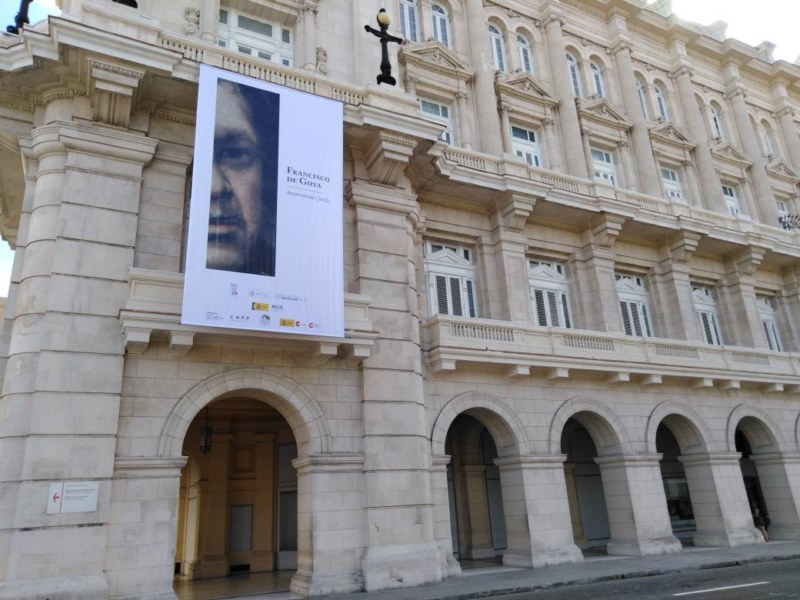 And is that why it is precisely a Goya chosen for this historical event, and not some work of other masters of Spanish art of the nineteenth?

Let’s recall that they make him a member of the Academy of San Fernando in 1792, and that he manages to direct his chair of painting, and that this institution had a decisive influence on our Academy of San Alejandro, which was born a century later. San Fernando exists even before the Prado Museum was created in 1819.

Goya is the teacher who pronounces a very avant-garde allegation in the same year that he enters the Academy, and has nothing to envy what great artists of the twentieth century that transformed the pedagogy of art said. Already then, he states that education has to be free, not conditioned by money or scholarships and patrons. That who truly has talent enters the art school, and not everyone has to have the same method and style. And it attacks with that subjects like drawing and geometry are not offered of systemic way to the students. Anyway, he was such an open man, so at the vanguard, that he deserves all our respect and admiration.