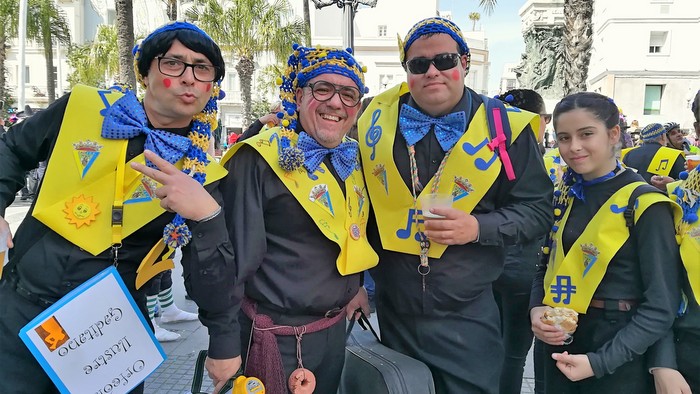 Carnival is denunciation and humor

When, in Cádiz, you ask after someone who is an expert on the famous local carnivals, the name of Javier Osuna pops up immediately. And Javier welcomed us at his home in Cádiz, on March 3, 2019, a few days before the start of this popular festival. A radio producer, journalist and researcher, and especially passionate about the Carnival of Cádiz, he has just put up in CajaSol an exhibition about Antonio Rodríguez Martínez (Cádiz 1861- Sevilla 1912), known as «El Tío de la Tiza», a carnival fan and the author of the song “Los duros antiguos.”

« The 19th century lent the Carnival of Cádiz certain uniqueness. In his manuscript scores it becomes evident that he knew the most elementary rules of music. Added to that is his innate talent, not only to compose, but also to write. Unwittingly, he is becoming the father of the Cadiz carnival choirs.

»It is one of the most deeply rooted celebrations. There are people from Cadiz who do not feel identified with the carnival, but it is normal for people to live with passion. The contest: that form so prone to disguise, that lack of inhibition to get disguised, and also disguise yourself grotesquely, which is really a great characteristic of the Cadiz Carnival. It is a disguise of ingenuity, of last minute, of scraps, a costume of exploitation. 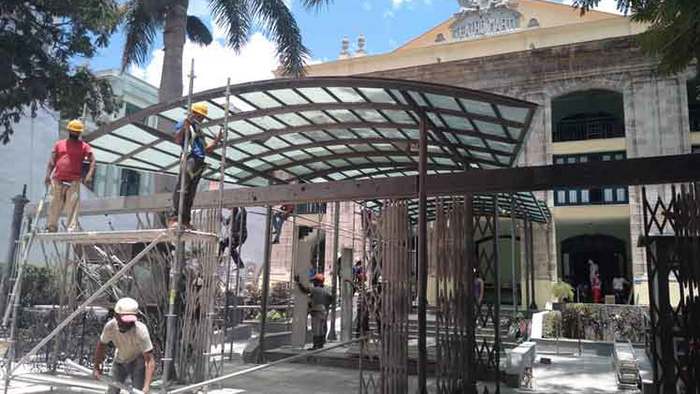