Cultural Office of the Embassy of Spain in Cuba

For the second consecutive year arrives in Havana the Festival They Create, from 11th  to October 18th , a week during which the feminine creation will reign again in different areas of Havana capital, showing that women CREATE.

This second edition is aimed to achieve a greater multiplier effect and significance among participants, so there are many workshops, meetings and theoretical courses, with subjects as interesting and diverse as gastronomy, restoration, developing a business plan, the architecture, urbanism, gender and society, among other areas of creation.

To share their experiences in these areas with the Cuban public, personalities of the Spanish culture reach Havana as the renowned Chef Eva,Arguiñano one of the best known cooks of catering family saga of the spanish TV; the architect Ines Sanchez, who has directed the first group of Spanish research on gender, urbanism and architecture; Anatxu Zabalbeascoa, journalist and art historian; the restorative Johina Garcia-Concheso, who for more than five years of shares their knowledge with members of the Office of Historian of Havana; visual artist Beatriz Ruibal, which has been caught up in this island on a journey through its people and its geography, and a number of artists and intellectuals who surely will meet the expectations of the Havana public.

On the Cuban side involved, among others, important artists such as Master Zenaida Castro Romeu; the poets Reina Maria Rodriguez and Nancy
Morejon, without doubt the best on the island; the recognized architect Isabel Rigol, the actresses Laura de la Uz and Broselianda Hernandez, both first class and other young people whose talent is making its way slowly, as the DJs Pauza and Bjoyce who will vibrate the walls of the Palace Velasco Sarra with the rhythm of their
beats...

From Saturday 11 to Sunday, October 19th , from 5:00 to 8:00 pm
Cinema Riviera
Retrospective of Cuban filmmakers.

From Monday 13 to Friday 17 October, from 10:00 am to 1:00 pm
Victor Hugo House, Old Havana
Gender and Society Workshop. Coordinated by the project Circuito Líquido. The opening speech will be given by the
Spanish teacher and writer Marife Santiago.

-Monday 13
Conference of the Spanish journalist Anatxu Zabalbeascoa:
Architecture in the S XXI, a discipline in transformation
- Tuesday 14
Conference of the Spanish architect Ines Sanchez: The
Urbanism with the concept of gender
- Wednesday 15
Panel Can you apply the concept of gender to
Architecture and Urbanism? With the Spanish specialist Anatxu Zabalbeascoa and Ines Sanchez and the Cuban architects Isabel Rigol, Gina King and Vilma Bartolome. Facilitator: Architect Pedro Vazquez.

Monday, October 13th, 11:30 AM
Aula Magna of the University College San Geronimo
Reception Act of professor at the University of Leon and Member of the Royal Spanish Academy, D. Salvador Gutierrez Ordoñez for his admission as Corresponding Member of the Cuban Academy of  Language.He will give a lecture entitled Language, gender and sex, and will be presented by the Dr. Maritza Carrillo Guibert.

From Tuesday 14 to Friday October 17th , from 9:00 am to 4:00 pm
Community Project Zapata and 4
Workshop Gender and creation. For a non-sexist culture. Coordinated By Danae Dieguez, Gender and Culture Group UNEAC

Thursday, October 16th , 5:00 pm
Embassy of Spain (by invitation)
Presentation of issue to the women of Miscellaneous (Hip-Hop) Magazine
Presentation of the results of the photography workshop organized by the Cultural Association Counterpoint  Social
Exhibition of the winning projects in the design competition Ellas Crean
Art Exhibition and video art, including works by Cuban plastic artists
Discussion on architecture, art and society among the invited to Festival Ellas Crean
Concert of the DJs Pauza and Bjoyce with the intervention of Iliam Suarez, a member of the group I.A 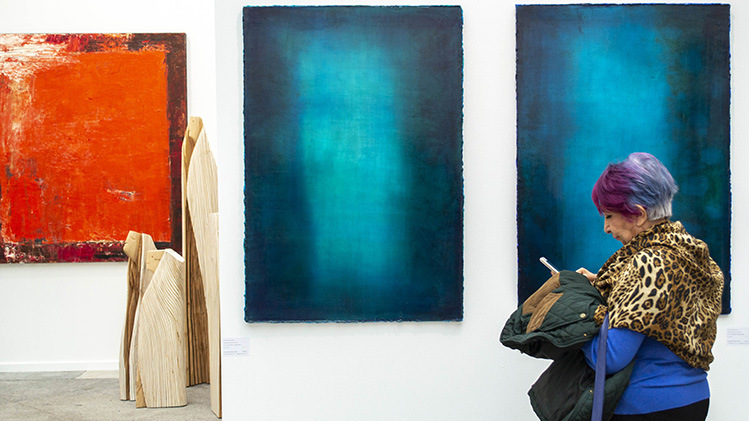