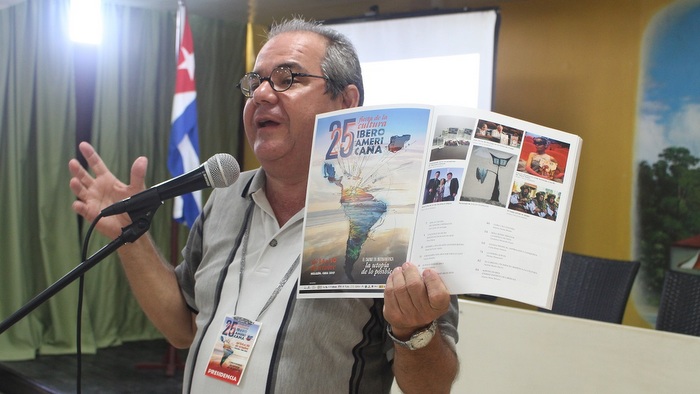 Arte por Excelencias at the Ibero-American Congress of Thought

Before delegates from El Salvador, the United States, Cuba, and cultural authorities, the journalist and editor Alexis Triana reviewed the presence in this number of journalistic materials from fifteen countries in the region and invited researchers and professors present in the c conventions room of the Pernik Hotel to collaborate. 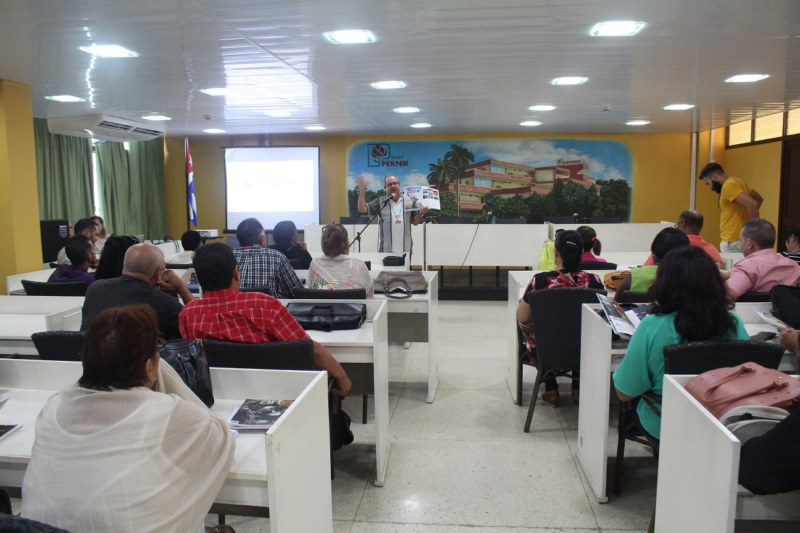 On behalf of José Carlos de Santiago, president of the Excelencias Group, Triana thanked the organizers for the invitation for Arte por Excelencias to be among the sponsors of the XV Ibero-American Congress of Thought to be held in 2020, and confirmed that they will disseminate the international call by all possible means of communication.

On the cover: Alexis Triana during the presentation of the magazine Arte por Excelencias

Next publication The weapons of Ileana Mulet