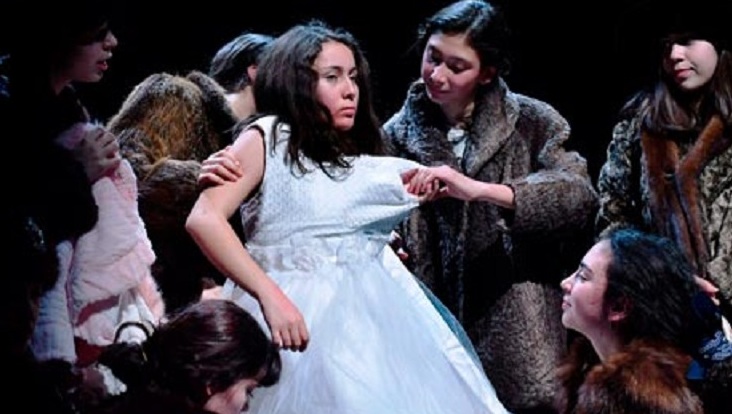 In the last semester, Chile has been permanent news due to the massive social protests that the people have called against neoliberal government measures and unfortunately also due to the repressive reactions. The theater, always with its keen nose to measure social tensions, had already shown signs of dissatisfaction and abuse. There is a sui generis piece that I want to comment on: Landscapes not to color, about gender violence, from the perspective of nine teenagers.

The director, Marco Layera, is an innate controversialist, who at the head of his company La Re-Sentida has caused a stir with stagings such as The Imagination of the Future or The Dictatorship of Cool, because his theater crudely addresses a wound that does not closes, caused by the dictatorship.

Landscapes not to color is the result of a collective process in which nine adolescents between 13 and 17 years old, and without theatrical experience, in workshops and meetings spoke with more than a hundred girls from five communes in Santiago who had suffered sexual abuse or some type of violence; during the process some of the same creators were victims of abuse.