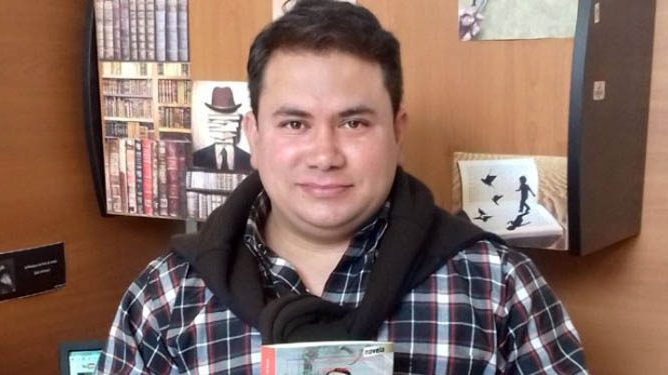 With El ritual de las cabezas perpetuas (The ritual of the perpetual heads,) Evelio Traba won the Ibero-American Verbum Novel Award 2016. Published by Verbum, Madrid, Spain, 2016, and Ediciones La Luz, Holguín, Cuba, 2018, the book is written - hatched, machined, set - with the insightful handling of the most skillful probes of fiction as a land of possibilities and confluences, this time between the historical novel and the fantasy genre.

It is as if Traba (Bayamo, Cuba, 1985) took the novel, laid it on the operating table and practiced, probe in hand, incisions, cuts, and sutures. He joins - with a proficiency that has been demonstrated in his previous books La Concordia and El camino de la desobediencia - the tradition of the historical novel in our language.

This novel by Evelio Traba creates readers. By just crossing the threshold, we allow ourselves to be manipulated by each of the situations that lead to others, creepier and more visceral, narrated with the trade of an upholsterer who knows what threads to link intelligently.