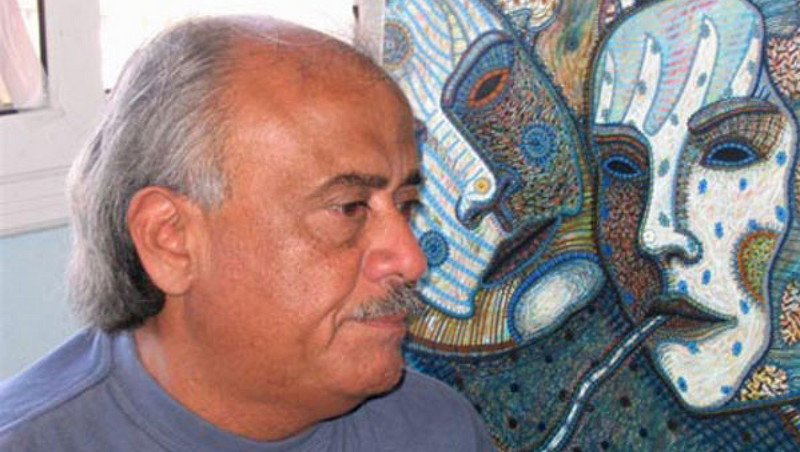 To approach Manuel López Oliva is to meet with a living heritage of plastic arts in Cuba. He is a philologist, plastic artist, journalist, art critic and founder of everything that carries an artistic mark. His work covers innumerable exhibitions in Austria, Brazil, Switzerland and other countries.

He has been painting in his house-gallery, located in Leonor Pérez and Habana streets, since 2009, the year in which Havana´s historian, Eusebio Leal Spengler brought him to those headquarters. His masks, with a refined technique of acrylic on canvas, reveals sensual aesthetic paradises, provided with formal, chromatic, ideographic and textural intensity. Today, he confesses that his work could not be called avant-garde or impressionist: it is simply his work, his style. 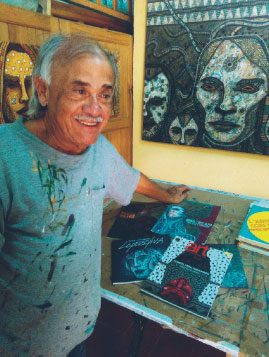 Arte por Excelencias approached the artist, who is also one of his assiduous collaborators. His piece Never more decorates the front page of our magazine´s issue 35. We went to see him for details of the presentation of his next catalog, Pintura y performance, by Collage Ediciones, of the Fondo Cubano de Bienes Culturales (Cuban Fund of Cultural Assets,) which will be presented by Jorge Fernández, director of the Museo Nacional de Bellas Artes (National Museum of Fine Arts.)