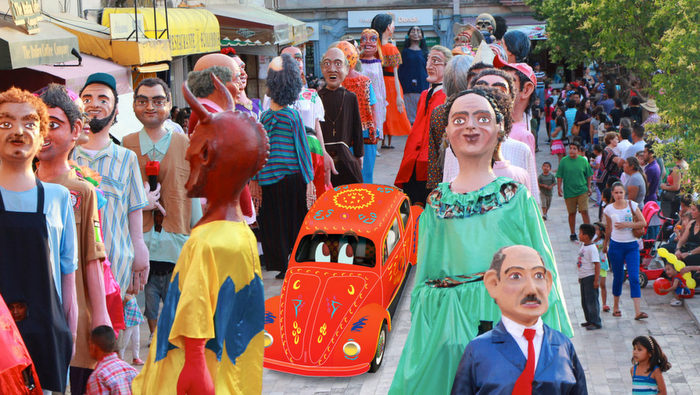 Mojigangas: A common heritage in America

In order to scare away the evil spirits of the crops in Europe, rituals were held since antiquity that consisted of pagan parades that were called mojigangas. These street shows came to all of the Americas with the Spanish colonization, until they became a common heritage that would take on a new nuance, according to the hybrid composition of the population: white, black or aboriginal.

These passacaglias were part of an indissoluble popular triad: the accompaniment with musical instruments, dances and theatrical performances by non-professionals. In the New Continent, in its beginnings, the mojigangas were linked to the Corpus Christi celebration, in which the passion of Christ was represented. With a view to this celebration in the seventeenth century, the Santiago secular Cabildo (town council) summoned the procession, on May 29, of the three guilds of shoemakers, carpenters and tailors with the corresponding preparations to organize each a dance and five altars, as in previous years.

In no way could those pious festivities outside the churches be bridled, whose troupes of dancers or tocotines were accompanied by black musicians who played their drums and rattles, or those of the “Cruz de Mayo,” a pretext to celebrate popularly before domestic altars.

Previous publication Cuba Celebrates 500 Anniversary of Havana in China Next publication A favorite destination of the Brazilian Carnival: Belo Horizonte