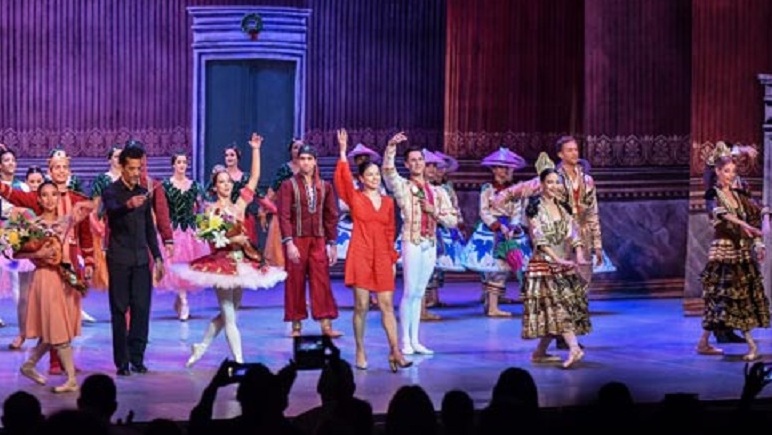 A new year, a new era

The “Ballet Nacional de Cuba”, the indisputable pride of the Greater Antilles, has a new General Director since the first day of the year 2020. A new era begins. The official appointment of prima ballerina Viengsay Valdés was proclaimed - before the performance of “Nutcracker” - by Cuban Minister of Culture Alpidio Alonso, on the stage of the “García Lorca” hall of the “Grand Theater of Havana Alicia Alonso”.

The new version shows sound achievements in the artistic-technical domain, considering the mostly youthful percentage (average age of 22 years) of the present “corps de ballet” of the company, premiering key characters in the story. Valdés, who has a broad experience with this title of the repertoire, has brought around her a team with recognized seniority to contribute its knowledge.

In the final closing of the curtains, the applause burst immediately and went on for several minutes. Prima ballerina Viengsay Valdés, who only danced the Snow Fairy in the first act in this “Nutcracker” season, came out to greet with the rest of the cast, visibly self-confident of the important legacy she must defend in the future.