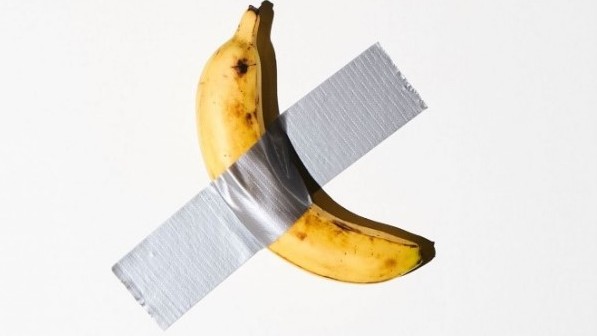 Once upon a time there was a comedian and a joker

Just the same year that the film “The joker” emerges from the ingenuity of film director Todd Phillips, we witness the heresy of Italian contemporary artist Maurizio Cattelan with his work "Comediante", included in the most recent edition of Art Basel in Miami. From different points of view, but convergent at the same time, they have become two of the most controversial works of the year 2019. On the one hand, anarchy as a liberating component and, on the other, cynicism and provocation to the status of art. Two incendiary and irreverent proposals that undermined the foundations of capitalist society.

Who could have imagined that a work of art consisting of a banana and masking tape could be so significant? We should not underestimate the power of an idea sown and irrigated from critical thinking, or at least that is what overlaps the artistic polysemy that generates the action itself. Cattelan`s installation is a banana attached to a wall with adhesive tape, arranged in a way that simulates a fleeting smile, from the organic nature of the fruit. In turn, the banana can be considered as a symbol of world trade.