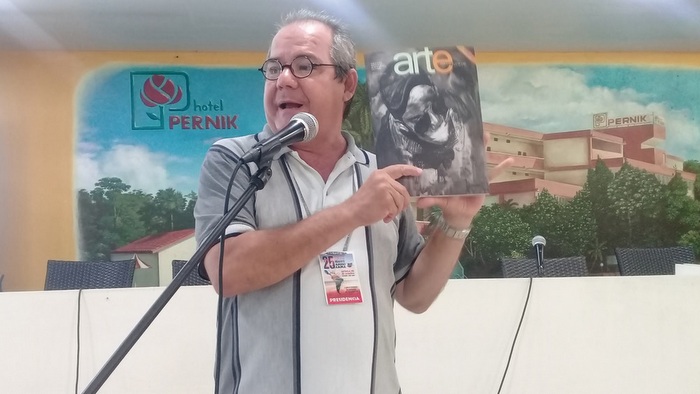 «We always dream of a printed cultural magazine that was a home lamp and joy of many ...», I wrote for our tenth anniversary, almost a year ago. We already think of the magazine Arte por Excelencias number 50. And we do it in the hands of our friends and collaborators, protagonists of this effort in another century in which the gazettes and printed magazines disappear as if they were the last dinosaurs.

That is why we left until the celebration of the 500 years of Panama, and we shared the last issue with Carlos Aguilar, newly appointed Minister of Culture, while to commemorate the 500 in Havana we requested the huge and beautiful party hall of the Grand Theater of Havana, where a soul did not fit to present the special magazine of Excelencias Turísticas, and that of Arte por Excelencias, whose cover recreated the city of the painter Ileana Mulet. 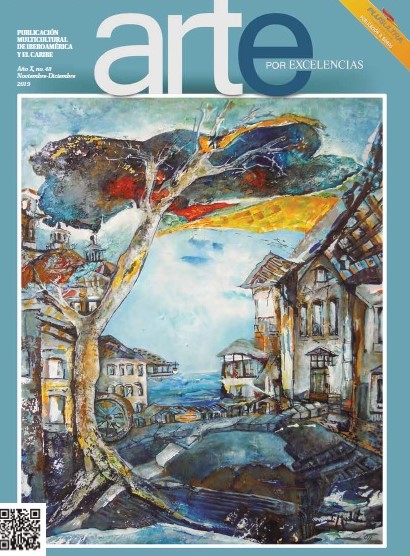 And as the pages of this 49 attest, Duna Viezzoli toured the pavilions of the Venice Biennale, one by one before the last closing, to be able to describe it to the readers, as the art critic Toni Piñera and our president José Carlos de Santiago toured again Art Basel and the system of fairs that flood Miami in December, in that kind of litany that is to enter and leave each of them with the perception that where there is no originality and coherence, trade is imposed and the excessive auction.

So, we are relieved to receive friends in Havana, where luckily advertising does not crush the roofs of buildings. Together with the delegates of the 41st Festival of the New Latin American Cinema, we launched the magazine in the Sancti Spíritus Hall of the National Hotel, while Pabexpo saw us presenting Arte por Excelencias almost in a corridor of the International Craft Fair (Fiart), but delivering our copies, that love and perseverance are stronger. Meanwhile, the editor and journalist Jorge Fernández Era prepares bags for our stand in Zona Maco, and our president José Carlos de Santiago does not believe the breaks and begins his 2020 itinerary touring the main fairs of the world.

Fabulous days await us defending the need for culture in our villages in Latin America and the Caribbean. A better world is always necessary and possible. I hope you continue to join us at www.arteporexcelencias.com

On the cover: The magazine Arte por Excelencias no. 47 was presented at the 25th Fiesta of the Ibero-American Culture, in Holguin. Photo: Nelia Moreno