The Thunderbird was the response of Ford Motors Company to the Chevrolet Corvette, a subsidiary of General Motors Company (GMC), both launched in the golden age of the American auto industry: the 50s of the 20th century. It was presented at the Detroit Motor Show, January 1954, and went on sale in October, as a 1955 model.

The design of these American roadster was influenced by the love that the American motorist has always had for European sports cars and, when the automotive industry of the old continent was canceled after World War II, the main manufacturers of the United States, at that time powerful, launched these small convertibles of two seats.

As for the model's name, Thunderbird, emerges from the Indian mythology of North America and is translated, more or less, as a "thunder bird". The car's design is by Frank Hershey, although there are stories that attribute this creation to other people. The Thunderbird, or T-Brid, was produced between 1955 and 1979.

Then it had two relaunches, in 2002 and 2005. In total there were 12 generations of T-Bird, including the two relaunches that, together all, sold more than 4.2 million units.

The Thunderbird was, in 1955, an elegant, beautiful and manageable convertible type car, of excellent comfort and important performance. With a V-8 engine of 225 horsepower (HP), it reached 180 km / h, which made it a powerful car at that time, characterized by the sound of its dual exhaust system.

The new Thunderbird model, came with automatic gearbox (Ford-O-Matic), hydraulic steering, the windows and seats were electric and the white-band tires. The luxurious two-seater cabin is made of leather and aluminum, with a hood to cover it, which could be made of canvas or removable hard roof.

Marylin Monroe and the Thunderbird was 'love at first sight'. She bought it in 1955 and, as I read in publications of the time, she used it in 1956 for her wedding with playwriter Arthur Miller. She always keep it (the car), until two and a half months before her death, when she gave it to the son of theater director Lee Strasberg, for his 18th birthday in June 1962. 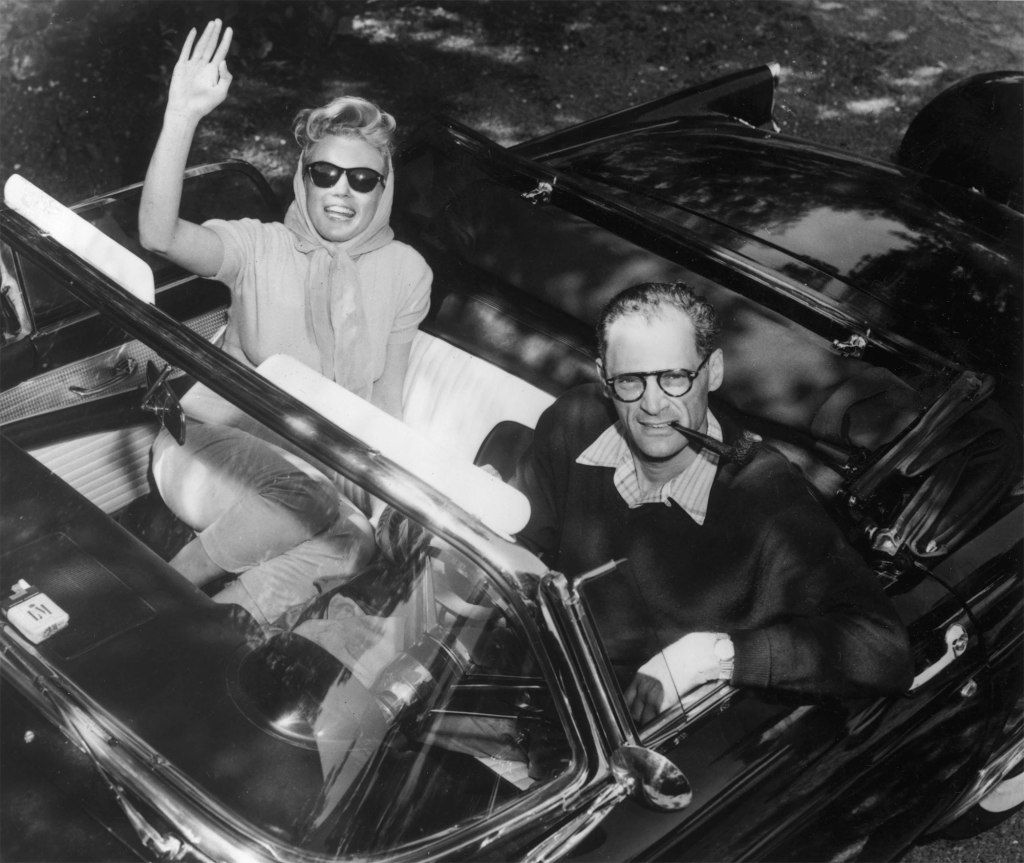 Marylin died on August 5, 1962 in circumstances not yet fully clarified. Of her Thunderbird, the last thing I knew was that it was sold at the Juliens auction house in Los Angeles (USA) for $ 490,000. According to the traditional British guide for the evaluation of classic cars (Hagerty Price Guide), the purchase was made for six times the real value of the car. 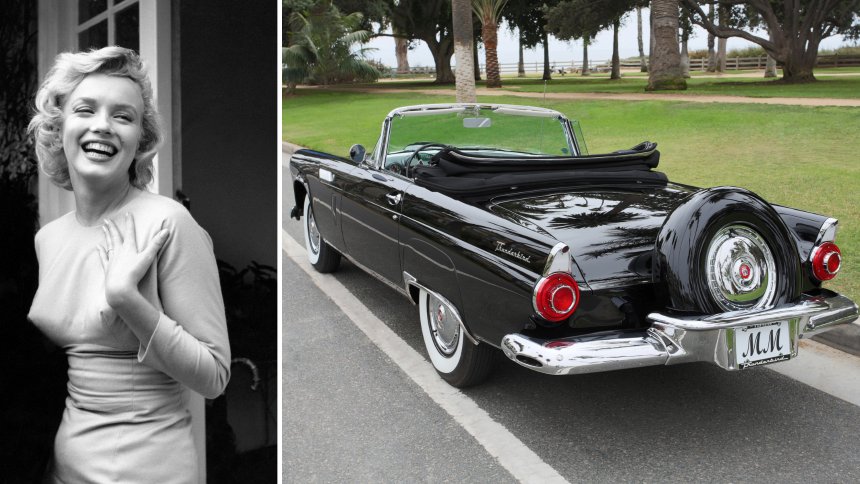 Also, the singer and actor Frank Sinatra, acquired a Ford Thunderbird as soon as it was released (1955). Sinatra had a 1942 convertible Chrysler, but earning a million dollars a year, he thought he needed a more 'glamorous' car. This was the beginning, they say, of his passion for cars. 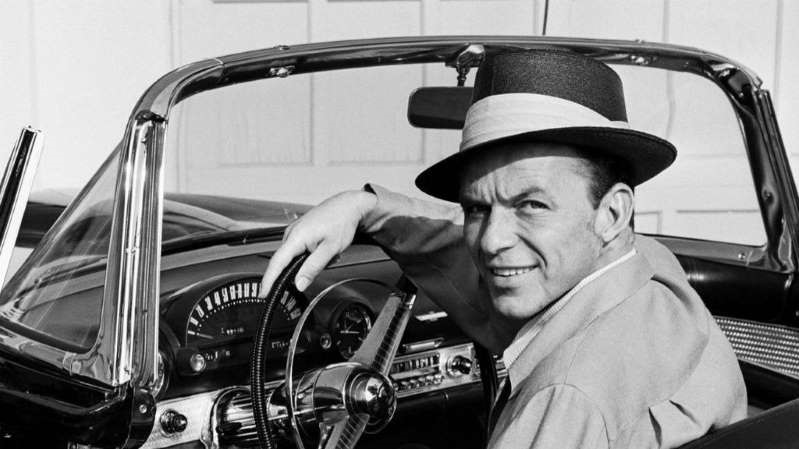 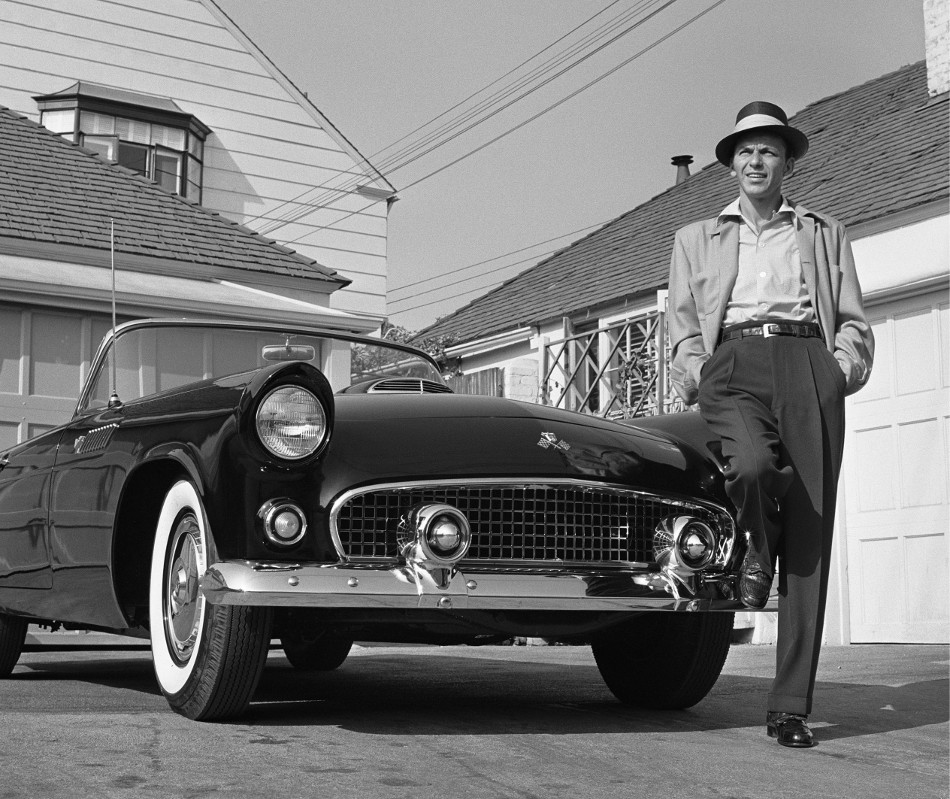 But Frank Sinatra preferred comfort, and he didn't like to drive. That is why, in 1958, a huge and super luxurious Continental Mark II was bought, also black, one of the most expensive and exclusive cars in the North American market at that time. However, some time later, he confessed that he never forgot his Thunderbird, to which "he had a lot of love."

Next publication When art reaches excellence