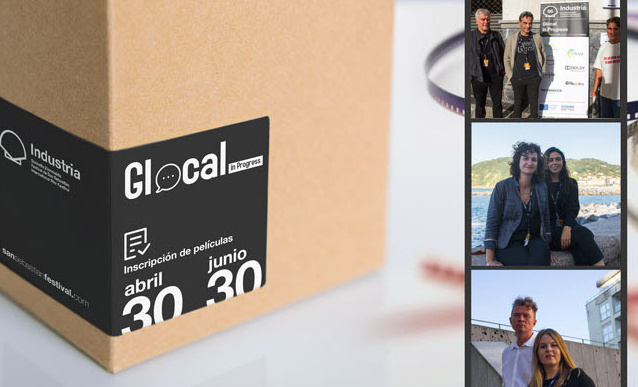 The third edition of Glocal in Progress will run on September 23, 24 and 25, coinciding with Films in Progress 36 and the VIII Europe-Latin America Co-production Forum.

Intended for European productions in non-hegemonic languages, Glocal in Progress consists of screening a selection of three feature films at the post-production stage to an audience of producers, distributors, sales agents and programmers, among other professionals, who can contribute to their completion and international distribution.

Glocal in Progress seeks to highlight the diversity of European cinema by lending greater visibility to productions shot in any European language, except English, French, German, Italian, Russian and Spanish.

Of the six films presented at the last two editions, 3 have already been completed: Izbrisana / Erased by Miha Mazzini, from Slovenia, a competitor at the Tallinn Black Nights International Film Festival, Telmo Esnal’s Dantzafrom the Basque Country and the Romanian film Un Om La Locul Lui / A Decent Man by Hadrian Marcu were selected for special screenings in the Official Selection and New Directors section respectively at the San Sebastian Festival.

The films selected for Glocal in Progress compete for the Glocal in Progress Industry Award. Presented by the companies Ad Hoc Studios, BTeam Pictures, Deluxe Spain, Dolby Iberia, Laserfilm Cine y Video, Nephilim Producciones and No Problem Sonido, this award consists in the post-production services, as described in its Terms & Conditions, for the winning film until obtaining a DCP subtitled in English and Spanish and its distribution in Spain.

With this initiative, the Festival strengthens its pledge to creation, started in 2002 with Films in Progress, which has enabled the completion of more than 150 Latin American productions and has been joined, since 2012, by the Europe-Latin America Co-Production Forum for European and Latin American audiovisual projects in development.

Next publication The construction of the possible city