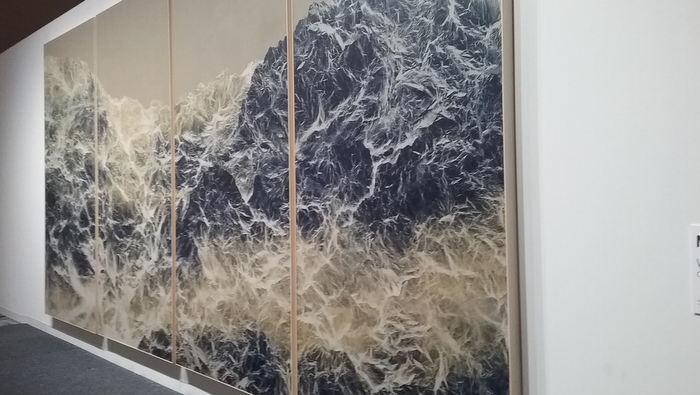 In that tidal wave of works of art, of ways of doing, of reflections translated to the most diverse materials, of imaginations and unraveled or indecipherable unknowns that cause us the senses, and the soul, works that move the foundations appear on the road. That happens at art fairs, galleries, biennials, museums, on the same street. And the Art Basel Miami Beach fair is no exception. It is that where art and creativity vibrate, the desire to overcome the mystery of the novel and original will always be born. Much more in these times of the 21st century.

In this context, the gaze stops at the new Meridianos space, opened in the important forum of the universal arts. Curated by Magali Arriola (established in Mexico City, the project gives galleries a unique opportunity to present ambitious works at the fair (sculptures, paintings, installations, video projections and performances), including large-scale ones. So, then, the doors of this section widened, with an elegant, original, striking set, where contemporary pieces by young artists, and others by masters from different parts of the world come together. 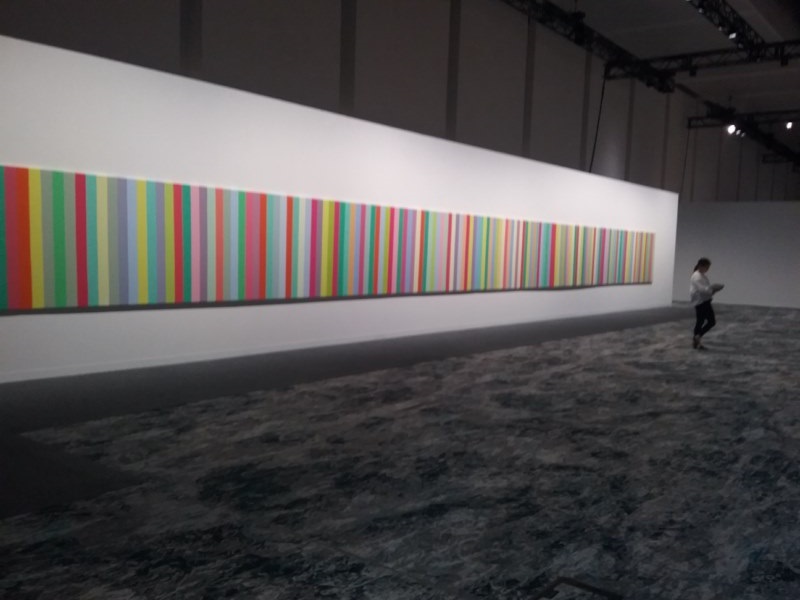 Opens the show, a charismatic Cuban creator Flavio Garciandía - father of the new tropical abstraction -, with a work in acrylic on canvas 20 meters long, abstract with ranges of pastel shades, which can be deciphered as floating forms in a space, which was shown for the first time during the 9th. Havana Biennial (2006) and is accompanied by a video made during the production process of the work, which involves 158 Cuban creators who participate there.

From there, the public is involved in an amazing space that will take you through various contemporary art edges, by the hand of excellent creators, some of whom have already left indelible marks in Latin American and international art. Outstanding pieces such as Oscar Tuazon (United States) with his Quonset Tent (2016), an imaginative work close to architecture, from a hybrid structure of multiple interpretations, in the form of an ephemeral interior and temporary sleeping space.

While the famous Brazilian artist Artur Lescher, intense researcher, creator of objects and their interaction with architecture, gives here the work Rio Maquina (2008). Work that adds various stainless-steel sheets that offer a personal view of a river, because, from his investigations of nature and more specifically of these water currents, the artist reflects on the limits of gravity, materials, playing, also, with visual effects. And in this way, he invites the viewer to think about the duality of the material and what was done by the hand of man. 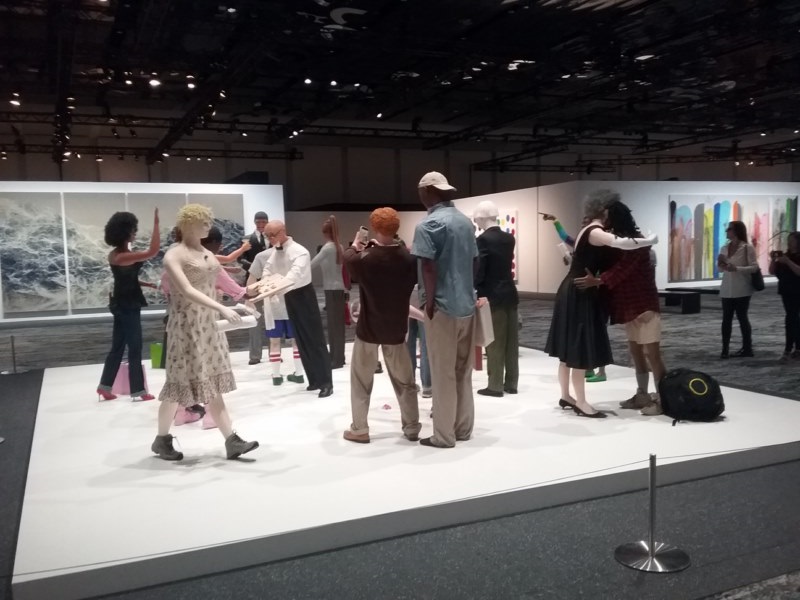 One of the most striking pieces Cocktail party (2015) brought the artist Tom Friedman to this space, in which he presents about 26 figures that make up a lively group that has fun at a party, built with the popularly known rubber foam. This work that he calls living comics, is a sculptural game that touches pop culture, art history, with very humorous tones that animate the viewer. 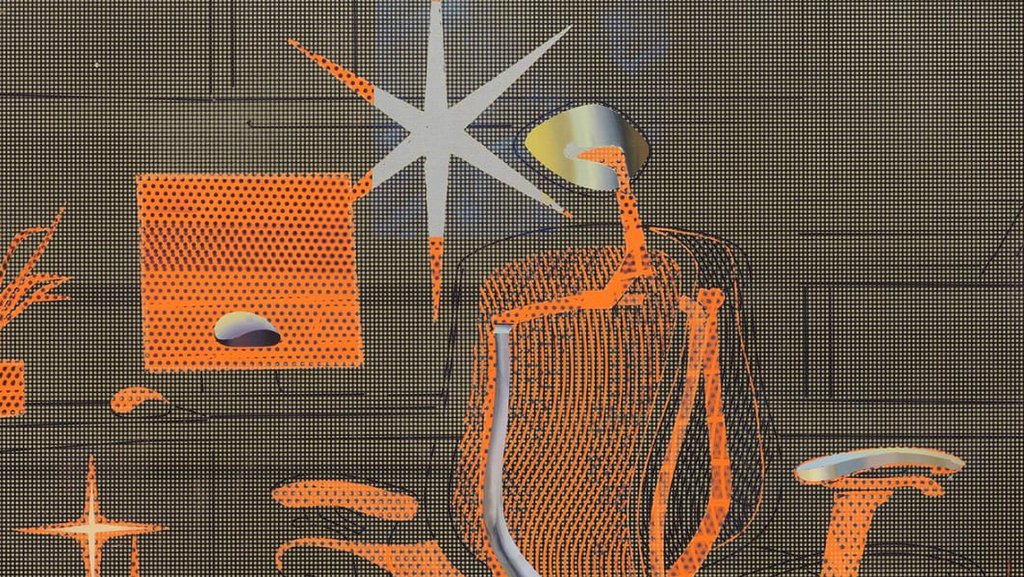 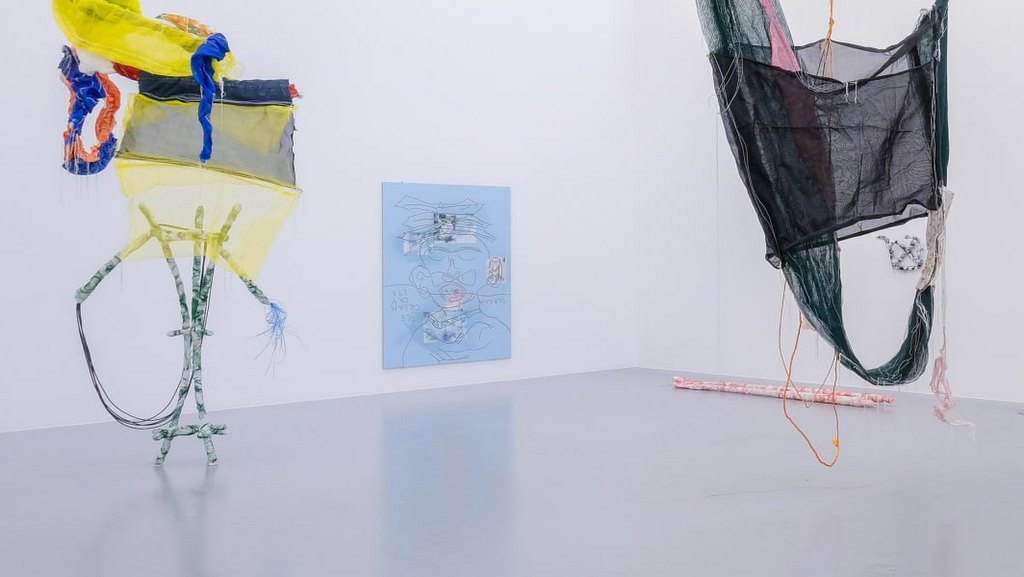