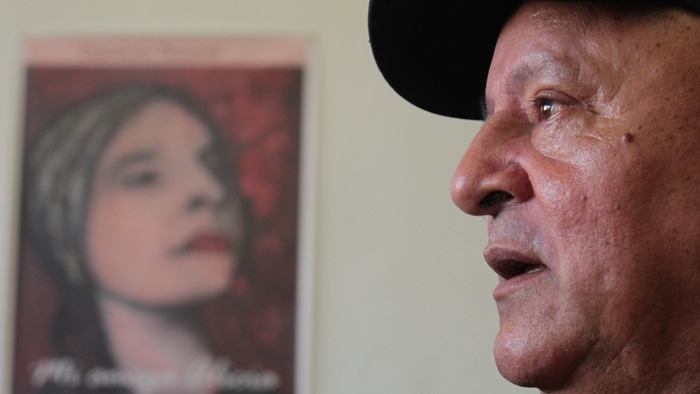 Alicia Alonso in the expressionist line of Nelson Domínguez

Open to the public at the Provincial Center of Art, the exhibition My friend Alicia, by renowned artist Nelson Dominguez, was a posthumous tribute of the culture and people in Holguin to the prima ballerina assoluta Alicia Alonso, shortly after her recent departure.

Nelson Domínguez (Baire, Santiago de Cuba, 1947) was far from supposing that, while assembling the pieces of his exhibition, he would be called to confirm the fateful news. “Many of us do not enjoy time spent in contemporary times with great figures and confuse their social fame with their true nature. I am proud to have felt the proximity that my generation had to live; meet the great painters, whom I keep in sacred grounds. This way, Alicia also appeared in my way. I have painted and painted it, because of its greatness the culture of the Cuban and universal nation is nourished”, he says.

The exhibition, composed of 60 pieces, has the strength of its expressionist imprint, especially in mixed media on canvas, but also on manufactured paper, screen printing, resin, wood ...

The first one, signed in 1998, is "Alice, national bird": "First was the birth of a friendship," recalls Nelson. “One day I went to see her very close to propose the idea of ​​the portrait. I did it and at the end of that meeting, after I had left her office at the National Ballet of Cuba, she asked Miguel Cabrera, how was I, because she had felt the weight of my gaze scrutinizing details. Then I knew that she didn't need her eyes to see. Alicia baptized me, one day, as El Amigo, to my pride”. 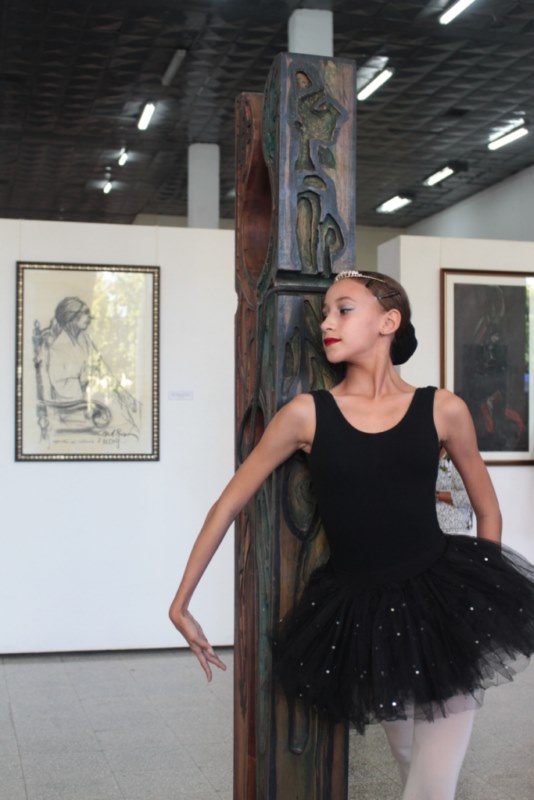 Nelson Domínguez, National Prize for Plastic Arts 2019 and one of the most recognized signatures of contemporary visual arts in our country, approaches the Dancer Alice: “This is a somewhat monographic show, which is made for an audience that must relate everything with Alice. There is a very strong figurative dose, which is not exactly the form. I see her as what she is, as a dancer. A great dancer seen by a painter”.

Among the pieces that make up the exhibition - with curatorship of Los Oficios Gallery, the Art Center, the FCBC, Nelson Domínguez himself and Anette Rodríguez Reyes - are the following: “Alicia winged”, “The whirlwind of dance”, "The consecration", "Alice in red", "The clairvoyant hands", "Alice and the black swan", "Portrait with flowers", "Dancing hummingbird" and "Winged dreams".

“Her death hurt me a lot, but I told myself, I wish I lived that many years as fruitfully as she did. Alicia never lost her clarity, she lived lucid completely. Do not feel sad, because Alicia managed to last, overcome death and earn a living, and rise having left the trees full of fruits. That was her life, she was a very fighting woman, who did until the end of her days everything that was proposed”, he adds. 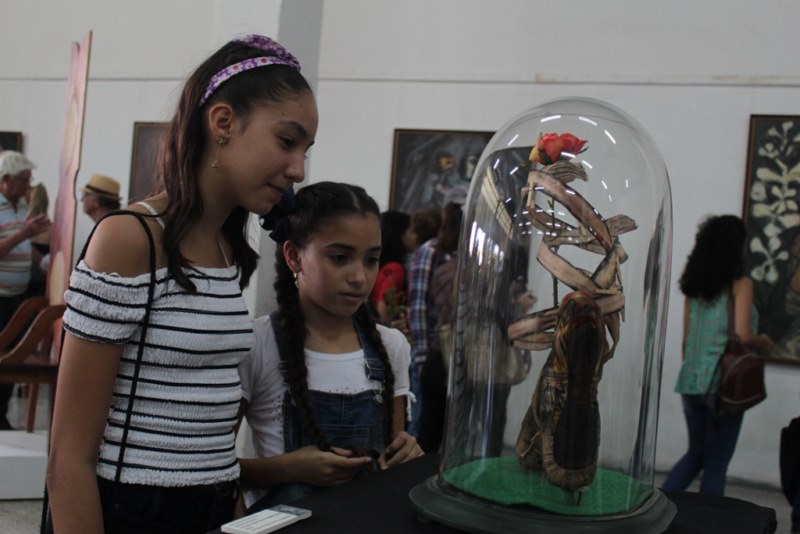 My friend Alicia arrived in Holguín from Santiago de Cuba, as part of the Lote space, dedicated to the visual arts at the Iberoamerican Craft Fair Iberoarte 2019, the Day for Cuban Culture and the Ibero-American Culture Festival, which started on past 24. The exhibition, which will be a month in Holguín, will then be exhibited in the provinces of Granma, Las Tunas, Matanzas, Pinar del Río and the Isla de la Juventud Special Municipality, places where it must have new works, as it has been usual in the previous samples.

At the opening, one of the busiest in recent years at the Provincial Center of Art, dance students of the Vocational School of Art "Raúl Gómez García" interpreted fragments of works that marked Alicia's career: Giselle, Carmen, Coppélia , Swan Lake ... as a tribute from the cultural institutions to the founder, in 1948, the company with her name, the base of the National Ballet of Cuba and the famous Cuban School of Ballet.

“It seems that it was conceived especially for the event, but it is not so, since it has already been presented in eight provinces since last year. It is not a day of sadness, but of joy; because we are fortunate to have had this phenomenon of world dance among us”, he comments on the exhibition, curated by Los Oficios Gallery, the Provincial Center of Art, the FCBC, the artist himself and the specialist Anette Rodríguez.

Nelson Domínguez, in addition to the National Plastic Arts Award 2019 for his career and contributions to the visual arts, is a member of the UNEAC and the International Association of Plastic Artists (AIAP) and holds orders for the National Culture and Alejo Carpentier. He studied at the National School of Art between 1965 and 1970 and worked there as a professor until 1985. He has also been a professor and head of the Department of Painting of the Higher Institute of Art (ISA) 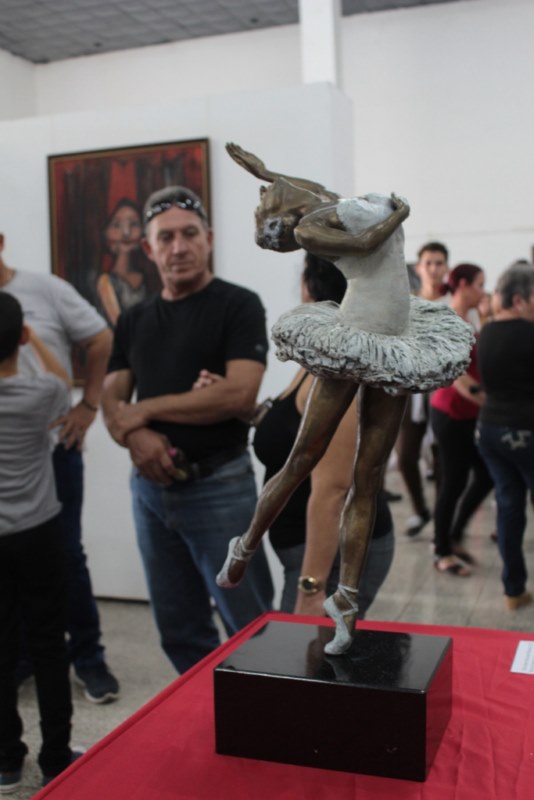 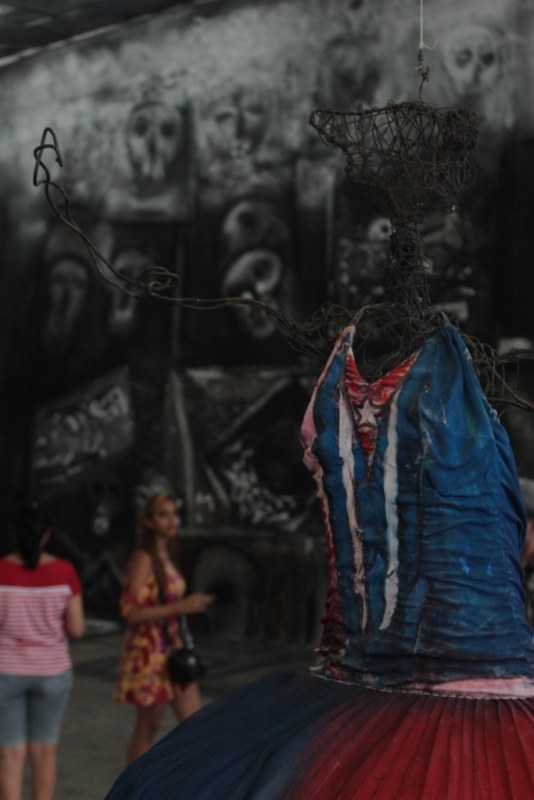 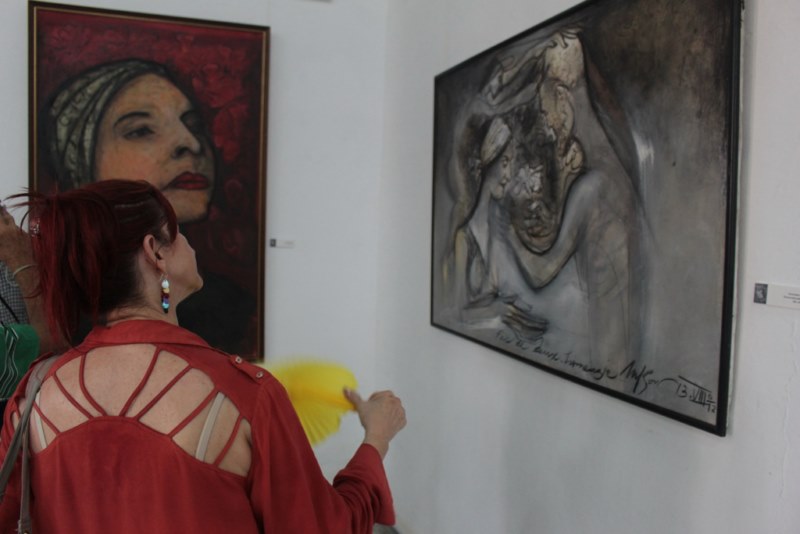 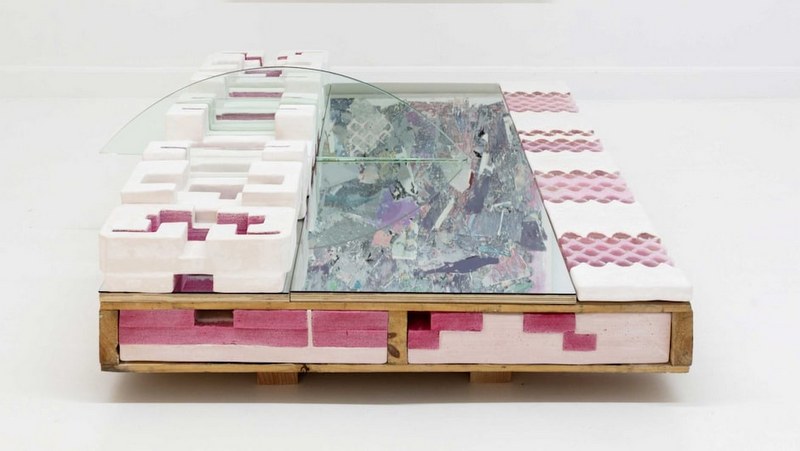 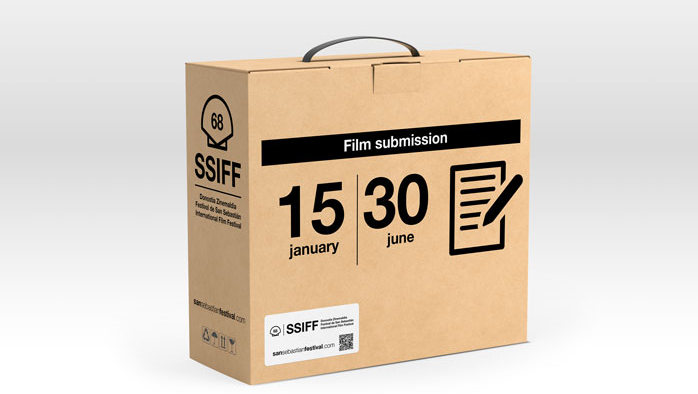