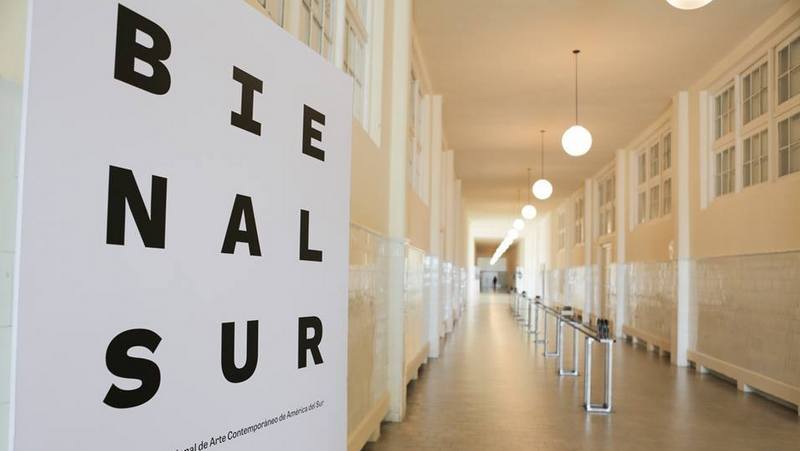 BIENALSUR calls for artists and curators

The General and Artistic Direction of BIENALSUR invites artists and curators to submit artistic and curatorial research projects to be included in the program of its second edition, which will take place in different venues in an extended and multipolar territory simultaneously integrating the South American countries and others from Africa, Asia, Europe, and Central and North America between July and October 2019.

The proposals have to fall within the scope of contemporary art and culture theories with a view to analysing, questioning and providing new perspectives of and insights into a diversity of experiences of contemporary life.

Curators and artists of any nationality can register individually or in groups.

BIENALSUR is a project organized by the UNTREF (Universidad Nacional de Tres de Febrero de Buenos Aires), an Argentine public university. Among other objectives, the project seeks to contribute to the creation of a cultural citizenship from South America.

Through its format and working modality, BIENALSUR expects the art of each region to be integrated not just as a mere diversity quota, but on an equal footing on the basis of their singularities and relative positions. Therefore, one of the exceptional objectives of this project is the creation of a space for the development of critical thinking independent of the major canonical narratives. Additionally, this biennial seeks to promote the emergence of alternative practices within the world of art and culture in terms of the generation of ideas and works as well as their exhibition, circulation and consumption modalities.

In this regard, with an unprecedented format conceived from a critical perspective and with new parameters, the distinctive features of BIENALSUR are its networking, institutional, associative and collaborative modality based on a Global South, the creation of its own territory with multiple venues and simultaneous events, and a curatorial project willing to go beyond conventions.

BIENALSUR aims to develop a real procedural exercise in the artistic and intellectual creation and in a curatorial project that challenges the standard criteria used in contemporary art shows. It is for this reason that we hold these open calls for artists and curators as an invitation to conceive proposals for the public space, artistic institutions or specific sites. The eligible projects will be featured in exhibitions, actions, interventions or interferences in one of the BIENALSUR venues in South America or any of the other sites integrated into the vast territory of this contemporary art platform.

The online registration form on www.bienalsur.org also serves as an orientation guide to the kind of proposals that will be read by the advisory committee that collaborates with BIENALSUR.

Next publication Jamal Cyrus selected for next BMW Art Journey