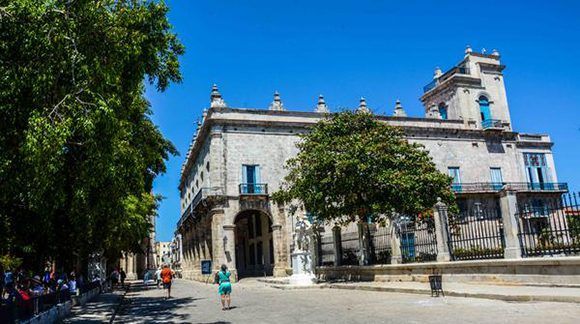 isel 29-05-2018
The third European Film Festival in Cuba will show, from June 5 to 17, in this capital, 18 films from 16 countries of the so-called old continent, organizers of the event announced today.
The programmer of the Cinematheque of Cuba, Antonio Mazón, commented in a press conference the presentation of 14 fiction feature films, a documentary and three co-productions made by Latin American filmmakers that would have been impossible without the contribution of European companies.

Most of the works are premieres in Cuba and can be seen at three venues: 23 y 12 cinema, Multicine Infanta and the Center for the interpretation of Cuba-Europe cultural relations, located at the Palacio del Segundo Cabo.

According to Mazón, the films come from member states of the European Union such as Germany, Austria, Belgium, Spain, France, Greece, Hungary, Denmark, Italy, Bulgaria, the Netherlands, Poland, Portugal, the United Kingdom, the Czech Republic and Sweden.

Among the titles on the program are works recognized in international festivals such as The Emigrants, Different Worlds, Notes on Blindness, Magical Mystery, Rosita, Beautiful Youth and Winter.
Previous publication Exhibition Opening. Gallery MOMO Next publication Yuan Yuan: Alternative Realities