Navajas: A Reflection on Violence

The main entrance to the Wilfredo Lam Contemporary Art Center of Havana is “carpeted” with blankets. This unusual reception to the viewers gives way to the Navajas (Pocketknives) exhibition by Mexican Rosa Maria Robles on display in the six halls of the institution as of October 7.

The exhibition is a two-year revision of the original project presented by the creator at the Havana Center in 2008 following exhibitions in Culiacan and Lower California (Alvaro Blancarte Art Hall). The main theme of Navajas is violence in the current Mexico, particularly in Sinaloa, the artist’s place of birth.

Many are the factors that influence the increase of crimes and bloodshed in the Latin American country, specially drug trafficking. The fact is that violence in Mexico has become an issue of international scope and it has also pervaded visual arts. 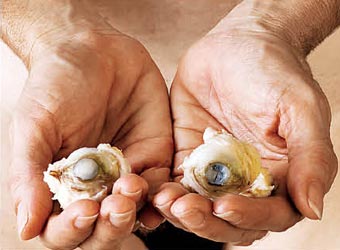 Robles has been able to capture in images the testimony of the social degradation her country is experiencing and for that she uses several resources. The most shocking of them is the use of bloodstained blankets and pieces of cloths from victims in her works. Actually her first version of Navajas was censored as authorities decided that those elements had to be removed because they were considered material evidence. However, the artist has said that it wasn’t censure but a dialogue that concluded with her voluntarily handing over the objects which undoubtedly provided the exhibition with a strong dramatic character.

For this version of Navajas, Robles prepared new pieces, among them El Ángel de la Independencia (The Independency Angel), a self-portrait that embraces all of her questions about the social chaos ruling mainly in the expanding drug world. The exhibition seeks to lead the viewer into a deep meditation. Clearly it is not an excuse for violence, something that is actually very common these days in visual arts and the film industry.

Navajas will be likely put on display in Mexico, this time in the capital city, as the artist has already proposed the National Institute of Fine Arts to make a new presentation of the project.