The ongoing month of September is bringing two exhibitions from a couple of Cuban fine artists to the Institut Valencià d'Art Modern (IVAM). Immutabilitas by sculptor Jose Villa (Santiago de Cuba, 1950), recipient of the 2008 National Prize on Fine Arts; and Entre dos mundos by Jose Bedia (1959), penciled in as one of the most outstanding artists from the 1980s. 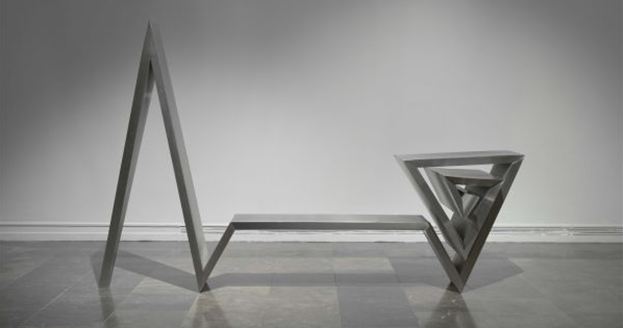 The first one will stretch from Sept. 7 to Oct. 24 and gathers a baker’s dozen steel sculptures that seek to appeal to the spectators’ reaction. Curated by Facundo Tomas and sponsored by the Excelencias Group and the FUCADHU Foundation, “this has been a tremendous effort that took several years and became and once-in-a-lifetime opportunity to showcase my work,” Villa said.

Simplicity and soberness are the name of the game in this exhibition in which the artist shows his stunning skills for drawing geometrical forms on metal. In addition, a totemic and vertical aspect sets the tone for these artworks, a condition that makes the pieces look monumentally bigger than they actually are. Immutabilitas intends to dialectically toy with the concept of mutation. By underscoring the paradoxical immutability of the spiral as a timeless token of both change and the “endless return”, the concept of mutation is not denied, 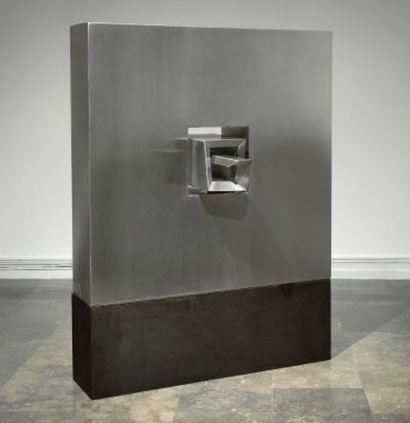 but rather complemented by its antonym as soon as the complexity of all forms and the ethereal character of meaningfulness are highlighted.

Villa has always designed his works to be exhibited in public spaces. His proposals are always driven by his environment-friendly vocation and by commemoration-oriented urban monuments that lat bare the understanding of both city and architecture in contemporary culture.

According to Immutabilitas curator, “Villa has made a sea change because he’s decided to build smaller pieces and that’s why visitors will look up at that first version of the new sculptures.” Tomas has also underlined the fact that despite the abstract character of the pieces, “it’s not about minimal art because it’s teeming with expressiveness and love for the public.” For his part, IVAM director Consuelo Ciscar has noticed that “whether they are conceptual images or mere representations of recognizable images, they are meant to catch on, they are after the feeling of the citizenship.” The exhibit is also sponsored by Logistica del Arte and Selvi Artes Graficas.

On the other hand, Bedia’s Entre dos Mundos (Between Two Worlds) is made up of 19 pieces –unpublished drawings- based on his personal experience in Mexico where he contacted “an indigenous group with great expertise in handmade paper techniques, like matte or bark, the same ones that were used in the pre-Hispanic era.” All the artworks are handmade in paper and show little industrial features. In the same breath, carbon, oil and acrylic are used, often applied with bare hands. 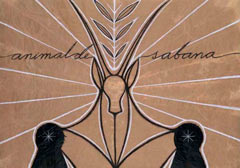 Bedia’s work is dominated by a critical and anthropological handling of both peoples and cultures of mostly ancestral origins. Many of his pieces are inspired in African-Cuban traditions which are alive and kicking on the island nation, though he also delves into and works on Amerindian-origin cultures, like Sioux, Yakima, Cherokee and others hailing from Latin America, Australia and Oceania. In the exhibition commissioner’s own words, the Cuban artist’s work is paramount because “it builds mirrors in which we can see a number of aspects and makes us understand that we live in a plural world.”

Cuauhtemoc Medina said: “His art, even though it reveals the presence of conceptual art, pop and povera, is pigeonholed outside the West’s visual and conceptual boundaries… The modern man, dominated by his fear to what he doesn’t own, longs for a tighter grip of everything around him. For Bedia, the end of this road of certainties shows the opposite effect: we’re weaker, more dependent, more insecure, more blockheaded, less knowledgeable…” 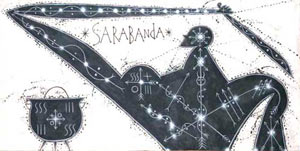 For the first time ever, Spain will have the opportunity to take a closer look at his work as a graphic artist and drawer. This exhibition curated by Isabel Duran intends to “reveal and celebrate the knowledge plurality of that historic adventure called Iberian America and that is reflected in Bedia’s painting,” Consuelo Ciscar commented.

Entre dos mundos –slated from Sept. 9 to Nov. 21– is exhibited in Gallery 8 of IVAM. All pieces are laid out in a lineal, quasi-narrative fashion all across the exhibition surface.