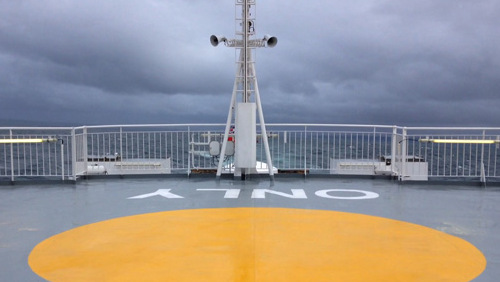 For the first time in Switzerland, the work of the Turner Prize winner Charlotte Prodger can be encountered at the Kunst Museum Winterthur. Parallel to this – and as an enrichment of the context – a dialogue exhibition by the two outstanding British artists Alan Charlton and Richard Long will be on view.

Charlotte Prodger (*1974) is one of the most innovative artists of the younger generation in the field of video art. She was awarded the prestigious Turner Prize in 2018 for her work BRIDGIT, which she filmed entirely with a mobile phone.

Alan Charlton (*1948) and Richard Long (*1945) are among the most outstanding British artists of recent decades. Long is recognized as one of the pioneers of so-called Land Art, an art movement since the 1960s that interprets the landscape as a site for work, exhibition and experience. Alan Charlton, on the other hand, is one of the most radical painters of his generation. He characterizes himself as a man who creates grey paintings.