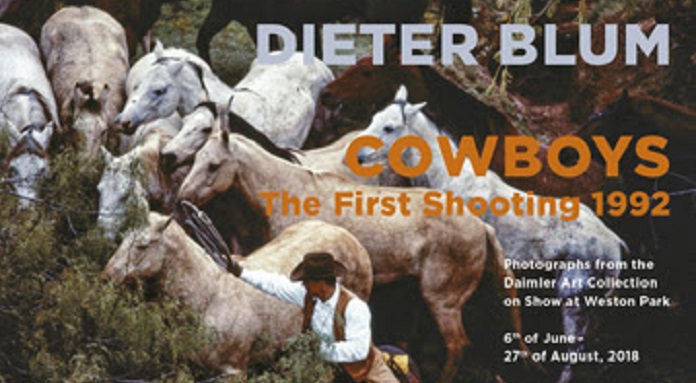 For the first time, this exhibition brings to the heart of England a series of around 60 cowboy-themed images produced by German photographer Dieter Blum (b. 1936, lives in Düsseldorf) in the context of the famous Marlboro advertising campaign.

Blum’s photos of cowboys first appeared in 1992, after Philip Morris invited the photographer to the US for a series of trial shoots. He went on to produce the brand’s iconic imagery from 1994 until 2004, becoming the only German photographer in its history. His work would mark a high point in Marlboro's advertising campaign.

Blum’s photographs are on show at the Granary Art Gallery, on the grounds of the historic Weston Park country house.