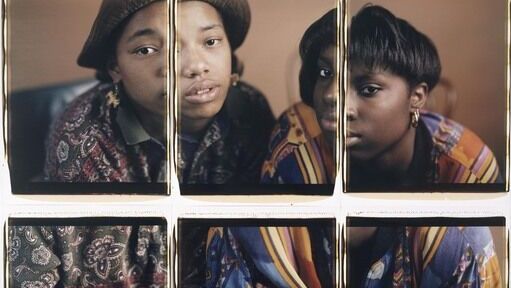 The artist's first retrospective in twenty-five years, An American Project, explores the arc of Bey's career from 1975 to 2017 through nearly eighty works across eight major series. Reflecting the evolution of Bey's vision, the exhibition examines his enduring engagement with portraiture, place, and history.

From early portraits in Harlem and classic street photography to multi-panel studio portraits and nocturnal landscapes, Bey has consistently focused his lens on Black individuals, foregrounding the uniqueness of his subjects while reflecting the profound and ongoing effects of the history of the United States.

Co-organized with the San Francisco Museum of Modern Art, An American Project will be on view at the Whitney from April 17 through October 3, 2021. The exhibition is co-curated by Corey Keller, curator of photography at SFMOMA, and Elisabeth Sherman, assistant curator at the Whitney Museum of American Art, New York.

"Presenting Dawoud Bey's exhibition at the Whitney feels like a wonderful double homecoming. Not only was he born in New York City and made many important works here, but he has been a beloved part of our collection and exhibition program for nearly thirty years," said Scott Rothkopf, Senior Deputy Director and Nancy and Steve Crown Family Chief Curator. "Presenting Bey's work directly after that of the Kamoinge Workshop photographers creates a beautiful resonance with artists who greatly inspired his practice and whose legacy he advanced with a vision all his own. We're delighted that this important retrospective will stretch across multiple spaces in the Museum, so that Bey's crucial Birmingham Project can be seen free-of-charge in our Lobby gallery."

Deeply committed to the processes, materials, and histories of the medium, Bey's work is grounded in the traditions of photographers who came before him, including James Van Der Zee, Roy DeCarava, Richard Avedon, Irving Penn, Walker Evans, and the members of the Kamoinge Workshop. With these artists as touchstones, Bey has worked to broaden established notions of photography, practicing portraiture as an ethical act that demands collaboration and exchange, and intervening in entrenched systems of circulation and display by working directly with museums and schools. Both a form of personal expression and an act of political responsibility, Bey's art emphasizes the necessary and ongoing work of artists and art institutions to break down obstacles to access, convene communities, and open dialogue.

"These bodies of work are testament to Bey's technical mastery and of his profound contributions to the medium of photography," said Elisabeth Sherman, Whitney assistant curator. "From his earliest body of work, Harlem, U.S.A. (1975–79), through his most recent project, Night Coming Tenderly, Black (2017), the impact of these images lies in the intentionality of Bey's process and his ability to expand the boundaries of the medium while working intimately with his subjects and engaging with American history. Working with Bey to realize this project has been a profound honor and I am excited for Whitney audiences to engage with his formally and conceptually complex body of work."

Organized thematically and chronologically, An American Project will occupy the John R. Eckel, Jr. Foundation Gallery on the Museum's first floor and the eighth floor Hurst Family galleries, where Bey's work directly follows the presentation of Working Together: The Photographers of the Kamoinge Workshop. The exhibition draws out continuities across bodies of work and explores Bey's engagement with street photography, studio portraiture, and American history.

Created from 1975 to 1979, Bey's first series, Harlem, U.S.A., presents complex, intimate depictions of the neighborhood's residents situated within the surrounding cityscape. Born and raised in Queens, Bey was drawn to Harlem both as the site of his parent's meeting and home to many friends and family as well as a symbol of and wellspring for Black American culture. Described by the artist as a sort of homecoming, the series debuted at the Studio Museum in Harlem in 1979. Bey revisits the neighborhood nearly forty years later in his series Harlem Redux, a wistful and elegiac look at the community's recent, rapid transformation and gentrification. Made from 2014–2017 using a new medium format camera, these larger color photographs address the neighborhood's shifting topography, population, and daily rhythms.

Harlem, U.S.A. was made with a 35mm camera and wide-angle lens, and Bey continued to use that same camera for much of the 1980s. During his 1985 residency at Light Work in Syracuse, NY, Bey continued to push the possibilities of this format, exploring new ways to make use of shadow and light to help define a dynamic composition.

In 1988, Bey began working with a larger, and more conspicuous, tripod-mounted 4-x-5-inch format camera. Seeking a more equitable, reciprocal relationship with his sitters, Bey approached his subjects openly, creating a series of more formal "street portraits" in areas such as Brooklyn and Washington, DC. By using Polaroid Type-55 film, Bey was able to produce instant pictures that he gave to the sitters, as well as negatives that he later used to make large-scale prints.

In 1991, Bey transitioned to the studio and began using the 20-x-24-inch Polaroid View Camera to capture his subjects. While cumbersome in size, the camera allowed for sustained engagement with his sitters and the ability to orchestrate all aspects of the image. With this new format, Bey made a series of portraits first of his artist friends and later youth whom he met through residencies at high schools and museums around the country. As the project evolved, Bey also experimented with multi-panel Polaroid portraiture, creating a series of large-scale works that render his subjects using several individual frames. In Class Pictures (2001–06), Bey began making large-scale color portraits of high school students during a residency at the Smart Museum of Art in Chicago. Each portrait is accompanied by text that he invited the students to contribute furthering his interest in creating more collaborative relationships with his sitters. Bey expanded the series during residencies around the country from 2003 to 2006.

The most recent series included in the exhibition, The Birmingham Project (2012) and Night Coming Tenderly, Black (2017), urgently address African American history through expressive portraits and evocative landscapes. In 2012, Bey made a series of portraits commemorating the fiftieth anniversary of the 1963 bombing of the 16th Street Baptist Church in Birmingham, Alabama, and its violent aftermath. The series of diptychs pairs portraits of children the same ages as the victims with adults fifty years older—the ages the victims would have been had they lived. Bey made the portraits in the Bethel Baptist Church, an early headquarters for the civil rights movement in Birmingham, and in the Birmingham Museum of Art. Also on display is Bey's split-screen video titled 9.15.63 (2012), which corresponds to the date of the 1963 church bombing and was shot in locations across Birmingham. Shown together, these powerful projects honor the tragic loss of the six children and make plain the continued impact of violence, trauma, and racism.

Night Coming Tenderly, Black (2017) imagines the flight of enslaved Black Americans along the leg of the Underground Railroad that operated in Northeastern Ohio. Marking Bey's first complete departure from figuration, these landscapes reimagine the experience of the journey by fugitive African Americans and the topography and buildings that may have provided shelter and protection along the way leading to Lake Erie and freedom in Canada.

DAWOUD BEY'S CAREER RETROSPECTIVE, AN AMERICAN PROJECT, TO OPEN AT THE WHITNEY ON APRIL 17 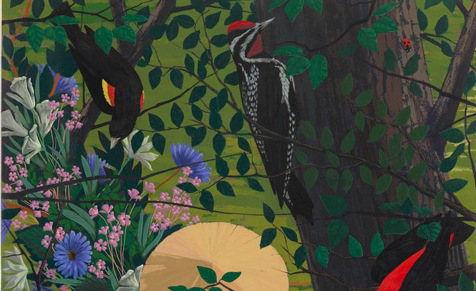 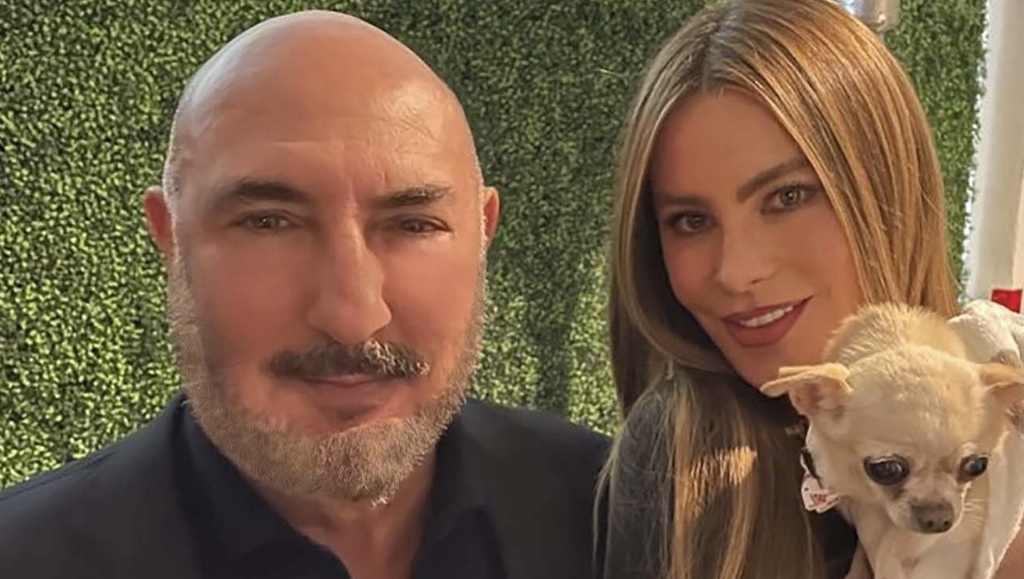 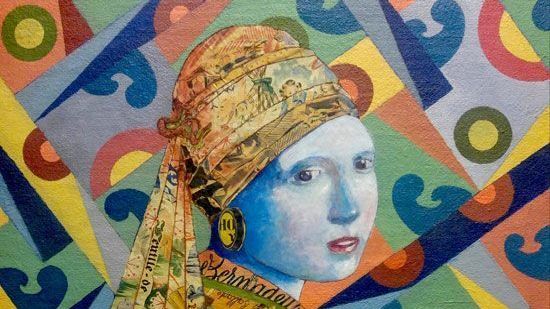