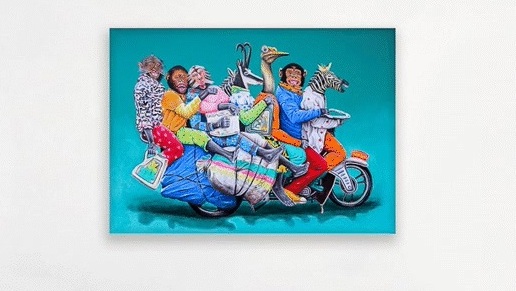 Since his adolescence and while still completing his secondary schooling, Cameroonian artist Abdias Ngateu, became aware of his abiding interest in drawing and graphic arts. Only 14 years old, he began his formal training in graphic and decorative arts. Hungry for knowledge, he participated in artists' workshops, various training programs and artistic residencies. Endowed with a strong will, he was integrated into the very closed circle of artists of his country. In 2011, he participated at several shows in Cameroon and abroad (Tchad, Congo, Mali, Burkina Faso, Senegal, France, Spain...). He received different national and international distinctions (Laureate "Discovery" Goethe Institut Kamerun 2015, "Pascal Martine Tayou Price" in 2017 during the S.U.D 2017 Triennal and the "Young Promising Price" of the International Biennal of Naive Art in Abidjan, Ivory Coast in 2018. He was also invited for Segou'Art 2016, Mali and selected for Segou'Art 2019. Today, Abdias counts three solo shows in Cameroon and Mali and since 2011 thirty group shows.

In his series "Taxis and Motorcycles", Abdias creates scenes of the daily lifes of Cameroon. His paintings are an allegory of the urban disorder generated by overloaded taxi-motorcycles, called "Bend-Skin", well-known in his country. Abdias’ works are distinguished by his unique and personal way of “animalizing” the passengers and mocking them by depicting bodies of men with humorous heads of giraffes, lions, antelopes, elephants... 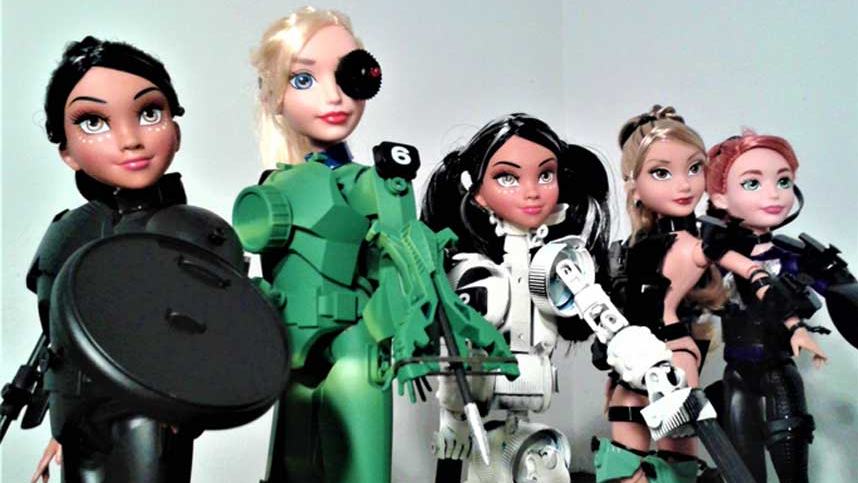