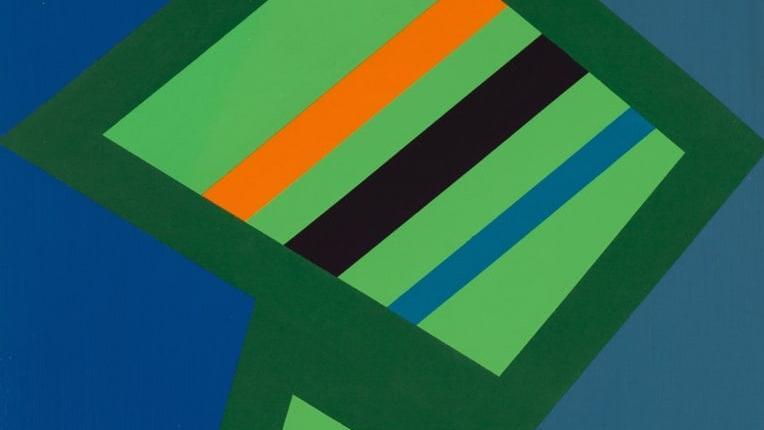 Born in 1945 in Santiago de los Caballeros, Dominican Republic, Rodríguez moved to New York City in 1963 after fleeing Rafael Trujillo’s dictatorship (1930-1961), a period marked by severe social and political upheaval. In 1961, Trujillo’s three-decade-long dictatorship ended with his assassination, following several years of political turmoil, and later culminating with the 1965 Civil War. Being drafted into the U.S. army in 1966, Rodríguez resided between the Dominican Republic and Puerto Rico before settling again permanently in New York City in 1968. There he proceeded to study painting at the New School for Social Research, and textile design at the Fashion Institute of Technology. Living and working between Greenwich Village, West Village, Chelsea, and Williamsburg during the seventies and eighties, the artist explores the relationship between personal narratives and collective memory in Latinx communities.