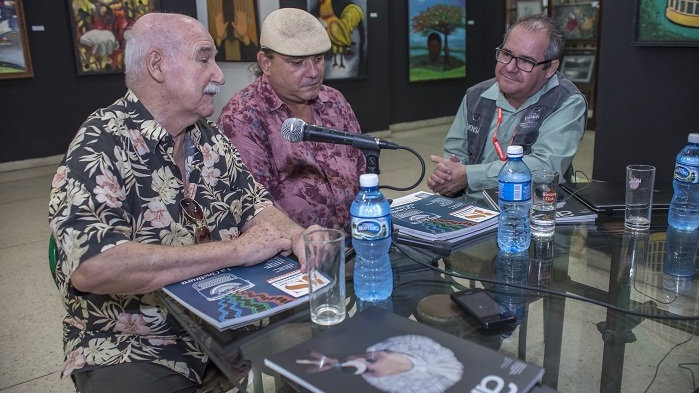 Hand in hand between Excelencias and La Siempreviva

The National Literature Prize Reynaldo González attended an official presentation of the latest issues of Arte por Excelencias and La Siempreviva magazines, which was held at the Fresa y Chocolate Cultural Center as part of the fortieth edition of the International Festival of New Latin American Cinema.

The executive editor of AxE, Alexis Triana, who was in charge of the management of the space, pointed out that, for the team that makes the magazine, the Havana Film Festival is an opportunity that should not be missed to update to the numerous public that converges towards him of everything that in matter of art and culture is implicit in each delivery of the publication, in which the cinema has not lacked. «"It gives us a lot of pleasure -he said- that in this printed issue number forty-two our correspondent in Italy, Duna Viezzoli, reported the Golden Lion for Alfonso Cuarón for his film Roma, or that he was talking about the presence of Pepe Mujica in the Venice Film Festival with the film El Pepe, una vida suprema, by Emir Kusturica, who has come to Havana with his director and who has been in charge of opening this fortieth edition of the Festival, or the moment in which Paul Laverty, scriptwriter of the film Yuli, dedicated to our dancer and choreographer Carlos Acosta, raised his trophy and said that it was necessary to end the blockade against Cuba, because it is a shame. For us it is very important as an art magazine to include ourselves in the cultural universe of Cuba, Ibero-America and the world. We were born as a magazine of plastic arts; we are going to fulfill a decade of existence next year. Since then we have been opening up to all manifestations of art ». 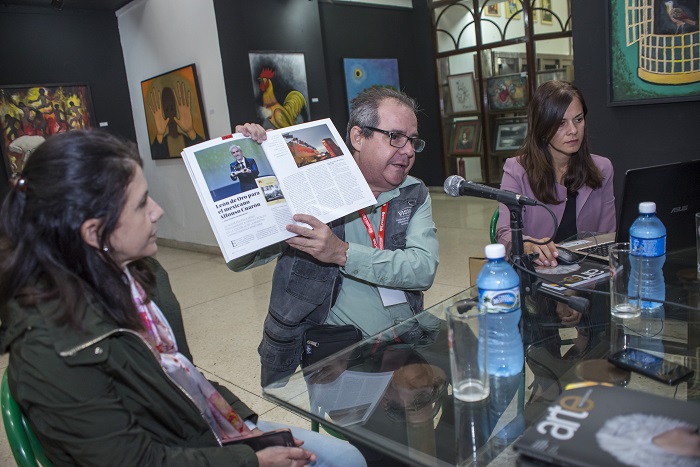 Alexis explained that the forty-third edition, which the audience had the opportunity to see projected digitally and will soon be arriving in Cuba from Spain, is present again at the Art Basel Miami Fair, accompanied by the president of the Excelencias Group, Mr. José Carlos de Santiago, and by one of the most faithful collaborators of the magazine, the critic and journalist Toni Piñera. 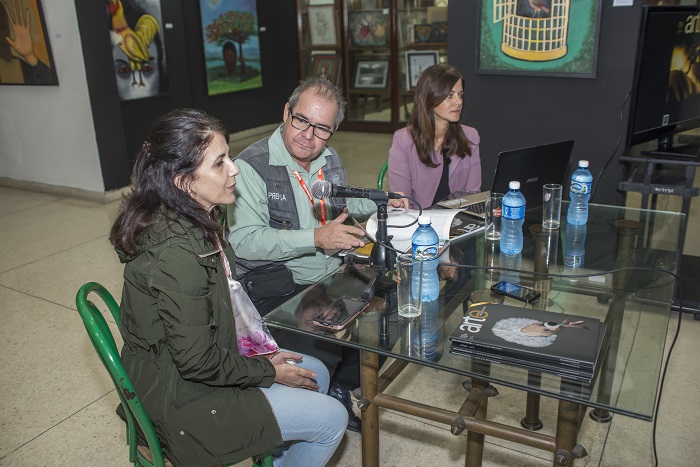 Diana Rosa Riesco, commercial specialist for Arte por Excelencias, welcomed the presence in the room of Mexican producer Ángel Jiménez, of Media Films, along with two filmmakers who are part of the Mexican delegation that participates in the competition for the Choral Awards. He explained that the magazine is a media partner of the Festival of New Latin American Cinema for four years from an agreement with the Cuban Institute of Cinematographic Art and Industry, and that this is just one of the many ways that the publication has been able to reach to the public, who can even download a digital PDF version through the web that can be seen directly on mobile phones. 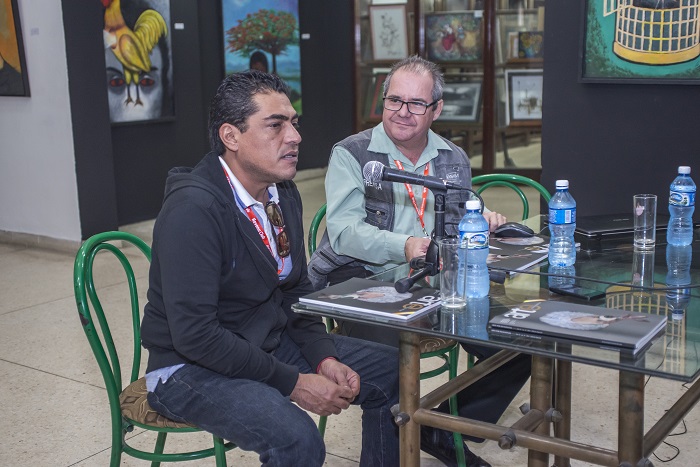 Genius Reynaldo González, who was accompanied by the current editor of La Siempreviva, José Antonio Baujín, recalled the difficult period in which he was in charge of the Cinematheque of Cuba. «"There were twelve years in which I had the possibility of becoming another family: the family of the "cinematecarios", fanatical beings, completely incomprehensible beings who, when others sleep, they work». Reynaldo added that he has always been a journalist, and that he has founded several publications, such as Revolution and Culture. «Baujín and I, together with Natacha Bolívar and the designer Alexis Diezcabezas, set out to make a magazine, La Siempreviva, that had a hook and cultural and literary interest, attached to the Editorial José Martí. I will always be in debt to the Icaic, and perhaps that is why this issue that we present today to you speaks precisely about books that have been dedicated to cinema. It is the cinema of my country, one of my passions». 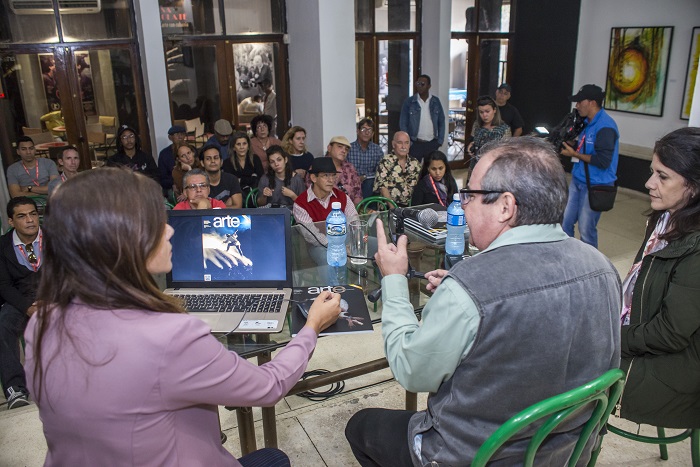 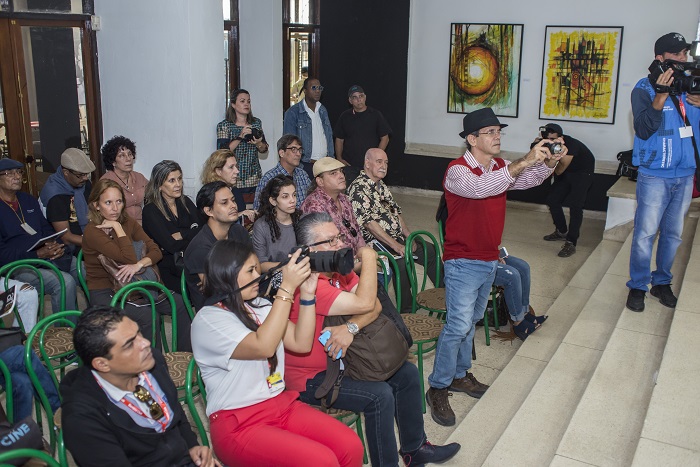 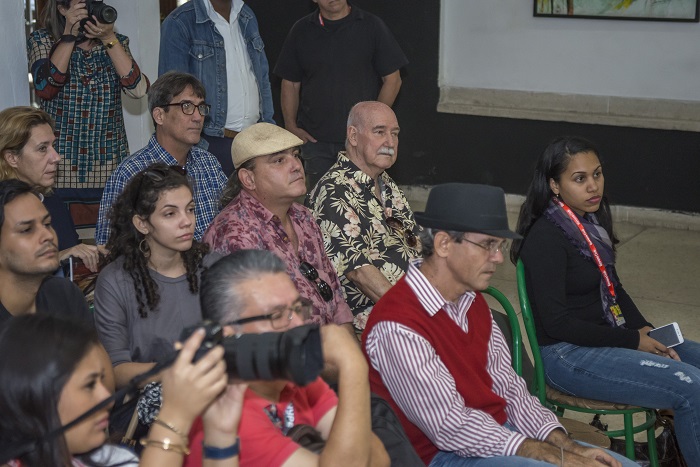 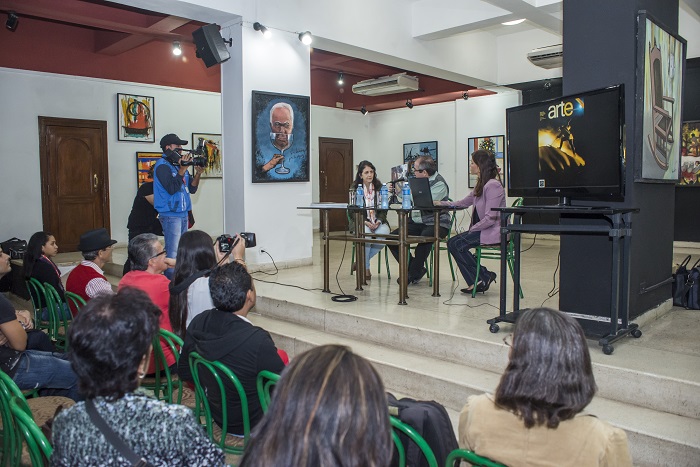 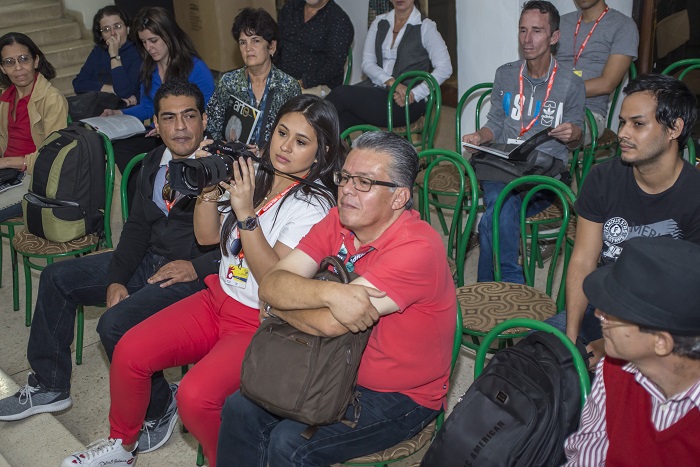