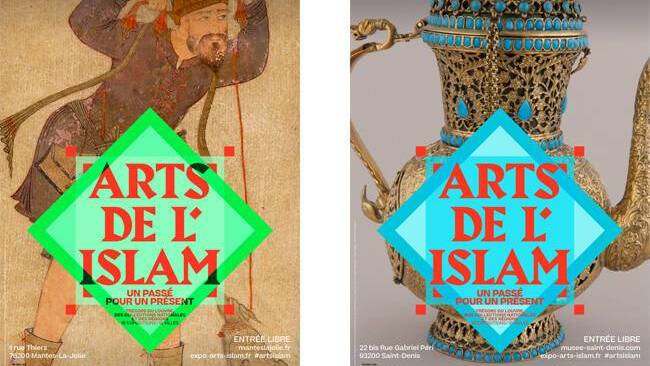 Islamic Arts a past for a present

Since its creation in 2012, the Islamic Art Department at the Musée du Louvre has allowed the public to immerse themselves in Islamic culture, from Spain to India, and from the 7th to the 19th century. It has also highlighted the importance of the close and fruitful exchanges and ties that historically existed between France and the Orient. Both artistic and historical witnesses to such exchanges, the works on display at the Louvre illustrate the cultural and religious diversity within the Islamic world over the past thirteen centuries. Furthermore, they reflect the circulation of ideas and people, as well as the plural heritage of France’s patrimony. In the face of religious fanaticism and preconceived ideas, today more than ever, culture must be both a bulwark and a lever that encourages an open dialogue, providing the keys to understanding a shared past in order to build a common future.

It was with such a goal in mind that the French Ministry of Culture entrusted the Louvre and the Réunion des Musées Nationaux - Grand Palais with organizing a project that begins in the autumn of 2021 and is intended for a very large audience, younger generations in particular, and seeks to provide a fresh perspective on the Islamic arts and culture.

From 20 November 2021 to 27 March 2022, 18 exhibitions in 18 cities throughout France will be presented to the public, in venues ranging from museums to multimedia centres, libraries and cultural spaces.

For each exhibition, ten works, a mixture of historical and contemporary, from the Islamic Art Department of the Louvre and from national and regional collections, will serve to represent the richness of Islamic cultures and their presence in French history for more than 1,300 years. Over 180 works in total will be shown to the public, including an 11th-century lamp from a Jerusalem mosque (Musée du Louvre); a candlestick from the Saladin era recounting the life of Jesus, signed by an artist from Mosul (Musée du Louvre); 13th-century ivory toilet boxes that once belonged to the Duchesses of Burgundy, coming from the Abbaye de Cîteaux and housed today at the Musée des Beaux-Arts in Dijon; a piece by artist Hiwa K entitled One Room Apartment (FRAC Normandie), as well as Les Collages de Topak Ev by Nil Yalter, a French artist of Turkish origin.

The initiative also aims to enlighten the public on the tremendous diversity of the territories and populations influenced by Islam. Islamic civilization is as much Arab as Turkish, Indian as Iranian, Asian as North African… The works presented display a wide variety of artistic practices and sensibilities, depicting scenes from life and nature, exploring and evoking themes like amorous desire, or merely showcasing decorative elements for palaces and mosques.

If the exhibition Islamic Arts: Past to Present incites curiosity, the event is perhaps above all an invitation to come and be moved. Indeed, anyone is welcome to organize a Tour de France in 18 stages to discover the range of works on display in each venue! Offering a dialogue between past and present, each exhibition features a piece by a contemporary artist from a country in the Islamic world, reflecting their vision of current society and relationship to their heritage. The public reception and understanding of the exhibition has been carefully considered through the elaboration of a number of educational tools: a booklet of approximately fifteen pages presenting the exhibition, detailed labels under each artwork, the screening of a film in each exhibition venue allowing visitors to discover the countries of origin of each of the artworks, and a website of digital resources compatible with smartphones that may be consulted during visits to the exhibitions. In addition, an associated cultural programme will be implemented in each city (conferences, debates, live performances, cinema, etc.), hosted by teams of guides, and in certain venues, by students from the École du Louvre. A discussion space capable of accommodating between 20 and 30 people will also be a feature of each exhibition venue.

Working in close collaboration with the French Ministry of National Education, Youth and Sports, each of these exhibitions has been specifically designed to appeal to students and their teachers. A national training programme, available in each of the venues hosting the exhibitions, will be offered in the autumn in order to allow teachers to better comprehend and appropriate the works presented and use these to create multidisciplinary educational projects, combining artistic and civic education, amongst other strands. By contributing to the training of teachers on the knowledge of Islamic civilization and the history of its relations with France and Europe, this programme aims to enrich the humanist culture of students, while cultivating the concept of alterity, central to the founding of the École du Louvre.

The general curatorship of the entirety of the exhibitions is entrusted to Yannick Lintz, Director of the Islamic Art Department at the Musée du Louvre.