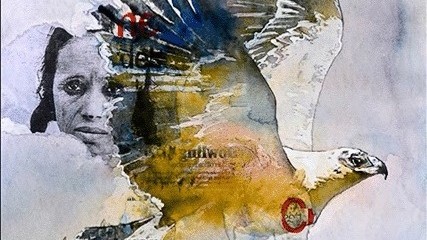 Bruce Clarke became politically and artistically engaged in the struggle for change in South Africa during the period of apartheid. In parallel, he followed the evolution of the situation in Rwanda and the planned and proclaimed genocide there, participating in the creation of a collective for solidarity with the Rwandese people. A few years later, Clarke started to work on the creation of a memorial near Kigali, “The Garden of Memory”, a monumental installation project on-going since 2000 and in close collaboration with survivors’ families, civil society associations and Rwandese institutions as well as UNESCO. He worked on a large scale mural for the 20th commemoration of the genocide in Rwanda entitled “Upright Men” and presented in Ouidah, Geneva, Lausanne, Brussels, Paris, Montreal...
As a photographer, he has published photo reports on South Africa, the reconstruction of Rwanda, the return of Liberian refugees and Palestine. His artwork has been exhibited in Europe, Africa and the United States.

Fran Martí: Following various photographic journeys in the north and south of the American Continent, in addition to a number of Asian and European countries, his relationship with Africa began in Kenya in 2007.

His projects have taken him to Ethiopia as well as to Namibia, Zambia, Tanzania, Zimbabwe, Gambia, South Africa and Botswana. He has been able to count on the cooperation provided by the Bushmen, the Mursi, the Himba, the Masai, the Hamer and other indigenous tribes.

Fruit of his work is the traveling show "Ethiopia between Dream and Reality", a book published under the same name, awarded "Best Digital Printing 2014" by the Guild of Graphic Arts and Communication Industry of Catalonia and his current "Predators" series, with cheetahs, leopards and lions.

“A true wildlife photographer carefully studies each species prior to going out in the field. He's a convinced conservationist and would never risk the well-being of an animal just to obtain the perfect shot. Wildlife photographers tend to have an irresistible urge to capture dangerous animals on film, however it's necessary to be well informed and behave in a responsible manner. If you are after photographs of African animals in their natural habitat, you must never forget the reason why these creatures are called wildlife." says Fran Martí.

Miquel Arnal began working in the field of photography as a lab technician, a photography assistant and an assistant director. Since 1981, he worked for advertising firms and for top fashion designers between Madrid and Barcelona. In 1989 he exhibited for the first time in the Spectrum-Canon Gallery with the "Hot Legs" series and in 1984 he began working on a personal project: "Terra", "Urbe" and "Nus".

In his artistic journey, he's especially interested in the human body, presented in the series "White", "Black," "Sculpture" and "Animal". At the “Bac!” Festival in 2004, he presented his video "Transformer" in collaboration with the Ob-art Gallery. Based on experimentation and a variety of media and techniques, from Polaroid to video, collage, digital printing and “Transformer” paper, his work is a perfect example of an eclectic photographer in constant flux.

Recently, he has been extremely active: giving conferences and seminars at the "Tarawona Foto" festival or by participating in solo shows at the Jean Paul Perrier Gallery or in group shows at the Sun Gallery, as part of the "Foco Norte" festival of Santander. He exhibited his work "Critical Mass" in the H2O Gallery, and he did a retrospective show in the Ateneu of Caixa Laietana; "Works 1992-2010".
Currently he's a lecturer of photography at the Institute of postgraduates IDEP-Abad Oliva.