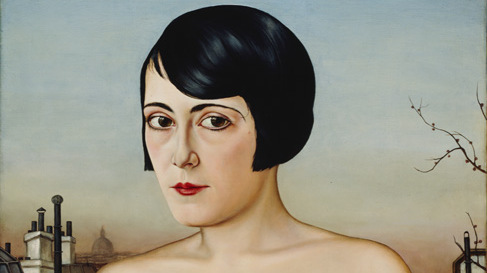 The Roaring Twenties were a decade of both progression and backlash to the trauma experienced in World War I and the pandemic that ensued in 1918, remarkably parallel to the current coronavirus, which awakened people's intense thirst for life.

This decade witnessed the development of ideas and concepts in many ways more progressive than those of today: ambitious urban plans were developed; conventional role models in society were questioned; discriminated minorities, such as women or homosexuals, started to play a role in culture and politics; a growing leisure industry prospered; and an increasingly democratic mobility permeated all spheres of everyday life.

Designed by Calixto Bieito, the acclaimed stage director of the Opera de Paris, former resident artist at the Basel Theater and artistic director of the Arriaga Theater in Bilbao, The Roaring Twenties focuses on Berlin and Paris but also includes other avant-garde cities, such as Vienna or Zurich.

Organized jointly by the Museum Guggenheim Bilbao and the Kunsthaus Zürich.