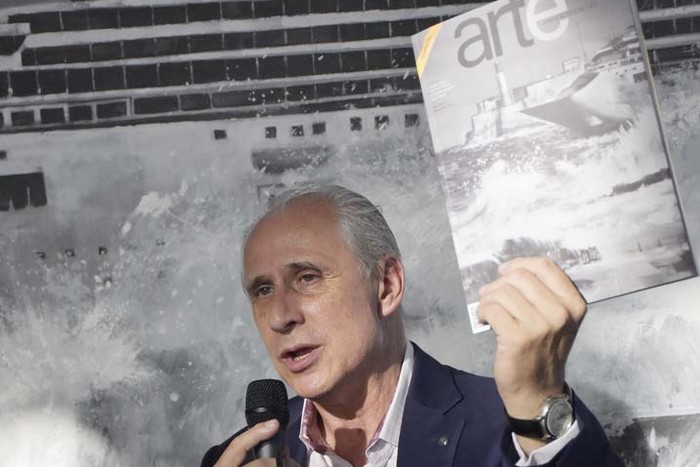 The presentation of the 45th edition of the magazine Arte por Excelencias, which marks the date of its tenth anniversary, was made as part of the collateral activities of the XIII Biennial of Havana in the halls of the Gran Teatro de La Habana Alicia Alonso, presided over by José Carlos de Santiago, president of the Excelencias Group, Jorge Ignacio Coromina Sánchez, permanent correspondent in Cuba, and Alexis Triana, its editor in chief.

This special delivery of Arte por Excelencias consists of one hundred and twenty pages and on its cover shows the work Crucero, by Luis Enrique Camejo -who accompanied us with his presence-, a beautiful piece of six square meters that served as an excellent set for the evening and that is part of the exhibition of contemporary Cuban art, which since April 11th  is exhibited in the halls of the third floor of the Gran Teatro de La Habana Alicia Alonso.

The 45th edition of the magazine, which on its back cover visually reviews all those that have appeared in the last ten years, dedicates a good part of its pages to the plastic arts, with works signed by critics as important as Manuel López Oliva and Nelson Herrera Ysla. And what better pretext than the Biennial of Havana. This is what José Carlos de Santiago says in the editorial: "The most spectacular aspect of this Biennial is its main stage: a capital about to celebrate 500 years of existence, where -as in Madrid- a good part of our work offices are located". 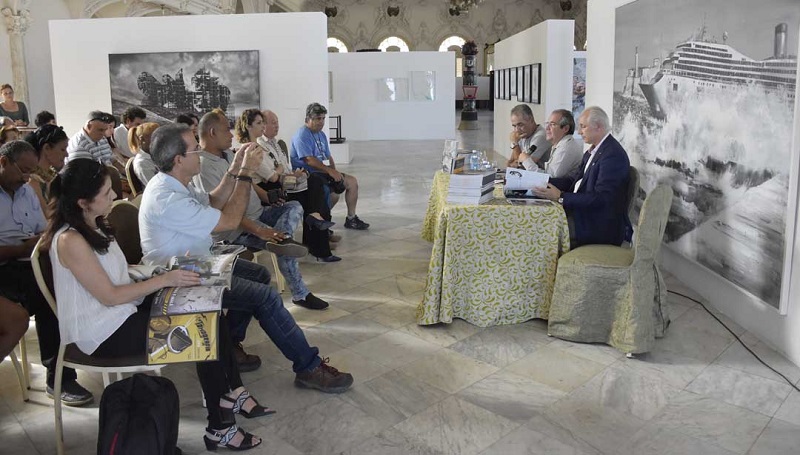 Sixteen pages are dedicated to highlighting the figure of Carlos Manuel de Céspedes, the Father of the Fatherland of Cuba, on the 200th anniversary of his birth. There are also spaces to stand out the recent delivery in Havana of the Excelencias del Arte Awards, and the work of essential artists such as the composer and guitarist Leo Brouwer, the Spanish poet Antonio Machado, the singer Gilberto Santa Rosa, the recently deceased musicologist Lino Betancourt, the Venezuelan folklorist Cecilia Tood, the Spanish singer and composer Santiago Auserón (Juan Perro), the puppeteer René Fernández Santana and the Cuban actors -represented by the Actuar Agency, which is now forty years old- José Corrales and Diana Rosa Suárez . The latter was present in the halls of the Grand Theater and had words of praise for the publication: «I already knew the magazine before I was called to be part of its pages. I want to congratulate you with all my heart because it is a very instructive and varied magazine. My respects and thanks for giving me the opportunity to be in it». 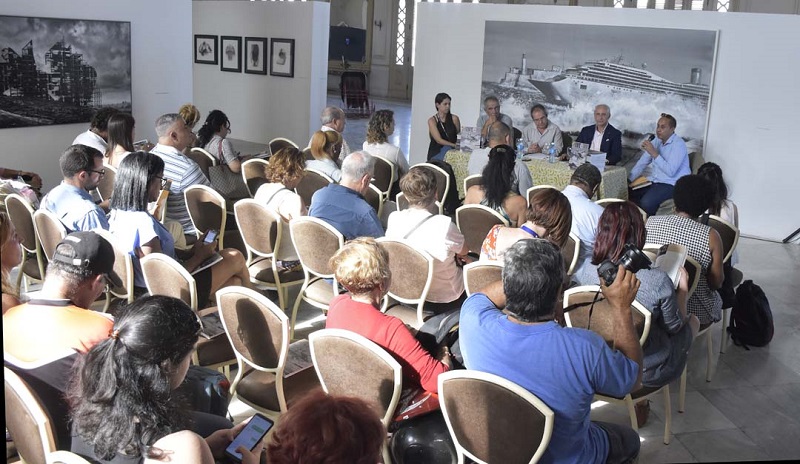 Arte por Excelencias, which emerged ten years ago as a plastic arts magazine, has been expanding its fingerboard and now contains all the artistic manifestations - music, literature, theater, dance, heritage, architecture, crafts, television, circus, shows …—, in a comprehensive tour of more than fifteen countries in Latin America and the Caribbean, without ruling out all the important things that are generated in the world. Its pages have grown, and of those thirty-two initials today it exhibits an average of ninety-six, with a frequency that has been stabilized in six issues a year.

From its genesis and continuity, the president of the Excelencias Group, José Carlos de Santiago, spoke to the large audience: «We have the luck and fortune to be able to make a product in a place where talent overflows, where it is above all of us, and we would not find it in another part of the world unless we dig a lot. Therefore, I want to thank all the colleagues who founded the magazine, those who continued and are still with us, to those who today make the project possible».