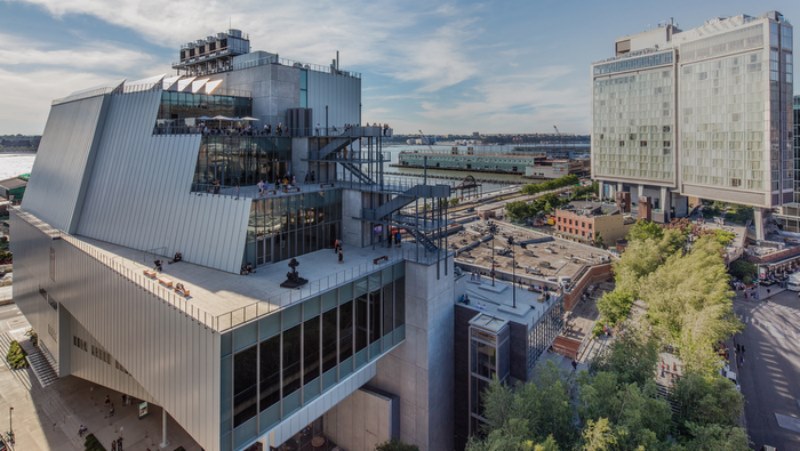 Announcing the schedule for 2020 at the Whitney Museum of American Art, Scott Rothkopf, Senior Deputy Director and Nancy and Steve Crown Family Chief Curator, noted: "In 2020 the Whitney will celebrate its ninetieth anniversary and fifth year downtown, so we've created a program that truly honors the spirit of artistic innovation both past and present. We remain focused on supporting emerging and midcareer artists, while finding fresh relevance in historical surveys from across the twentieth century. Also turning ninety, Jasper Johns closes out the year with an unprecedented retrospective that will reveal this American legend as never before to a new generation of audiences."

On February 17 the Museum opens Vida Americana: Mexican Muralists Remake American Art, 1925–1945, a major historical look at the transformative impact of Mexican artists on the direction of American art from the mid-1920s until the end of World War II. On October 28, in collaboration with the Philadelphia Museum of Art, a landmark retrospective of the work of Jasper Johns goes on view simultaneously at both museums, paying tribute to the foremost living American artist. In addition, the Whitney will devote exhibitions to Julie Mehretu and Dawoud Bey, prominent midcareer artists. The Mehretu exhibition, co-organized by the Whitney with the Los Angeles County Museum of Art, encompasses over two decades of the artist's work, presenting the most comprehensive overview of her practice to date. In November, Dawoud Bey, one of the leading photographers of his generation, will receive his first full-scale retrospective, co-organized by the Whitney and the San Francisco Museum of Modern Art.

The Museum will also present Agnes Pelton: Desert Transcendentalist—organized by the Phoenix Art Museum—the first exhibition of work by the visionary symbolist in nearly a quarter century; and Working Together: The Photographers of the Kamoinge Workshop, an unprecedented exhibition organized by the Virginia Museum of Fine Arts, which chronicles the formative years of this collective of Black photographers who lived and worked in New York City. The year will also bring a range of focused exhibitions dedicated to emerging and midcareer artists, including Darren Bader, Jill Mulleady, Cauleen Smith, and Salman Toor, as well as Dave McKenzie and My Barbarian, who continue the Whitney's commitment to performance and its many forms.

This September the Museum will also unveil David Hammons's monumental public art installation Day's End on Gansevoort Peninsula, across the street from the Whitney. The debut of this public artwork will be preceded by an exhibition entitled Around Day's End: Downtown New York, 1970–1986, which will present a selection of works from the Museum's collection related to the seminal work that inspired Hammons's sculpture: Gordon Matta-Clark's Day's End (1975).

Previous publication Excellencies because and for Havana Next publication Tate Modern. Dora Maar