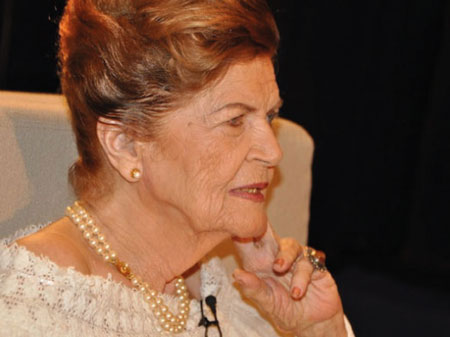 Carilda: a poetess and a woman

I have never been an austere woman in love. Never something else but just love led me to write verses, which perhaps burst out of me to manifest the indescribable beauty with which my body “sang” them first.

If now I am the one who, on occasions, spent time on the ignoble work of making language out of what, in the first instance, is pure life, is because I was dragged to that offense out of vanity, because there is no poetic discourse that may suppress the primitive events of the flesh: what is alive close to the heart. In essence, the nutritive source to sustain poetry emanates from my status as a woman.

I never meant to bother anyone, nor did I imagine, by revealing my interior, that I would give way to all kinds of intrigues: the offsprings of prejudice and ignorance. I wrote my books from a female perspective, without renouncing the expressive freedoms that in the Cuba of the mid-twentieth century were the exclusive patrimony of men. I put words in my verses that sounded obscene to many male ears, unfit for a middle-class lady disengaged for the primordial female subjects of the time, such as dressmaking, housework and marriage. I had in return a fortunate reward: in exploring the body of man, by describing the savage grace of our sexuality, I met with rigor a sickly need: to be free.

Who can be two creatures? When I wrote about other topics related to Cuba, I suffered from the same urgencies as when I wrote about intimate love. Both women and their own country are contained in a vital body, and from that body it was indispensable to conform to the poetic discourse. Thus, when I mention the dust of Matanzas, its streets, its rivers, or the majestic sadness of its valley, I am located in my hands, in my legs, in my lips, because sensuality, Eros, are not exclusive conditions of the culture of peoples or human character. Rather, society restricts, or expresses in a limited way, the erotic universe manifested in each creation. So this sonnet is probably, for being so intimate and rooted, the one that people prefer with particular emotion, because it is also a poem latent in the collective subconscious.