From Havana to Pittsburgh

Artworks of twelve contemporary Cuban artists will be brought to the American public at The Mattress Factory (Pittsburgh) from Oct. 15 to Feb. 27, 2011. 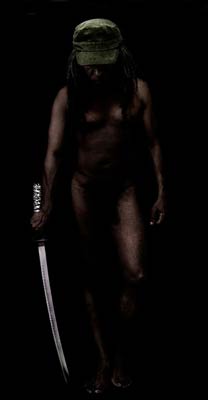 Keloids: Race and Racism in Cuba’s Contemporary Artwas exhibited from April to May this year at the Wifredo Lam Center for Contemporary Arts in Havana. Many of the artists included in this nonpermanent exposition collaborated in three exhibitions that could be penciled in as the forerunners of Keloids and that took place in the Cuban capital between 1997 and 1999. They are Keloids I (Africa House, 1997), Neither Musicians Nor Sportsmen (Provincial Center for Plastic Arts and Design, 1999), and Keloids II (Center for the Development of the Visual Arts, 1999). This new exhibit not only picks up the issue all over again, but it also takes a peek at the headway made by these creators in a number of fields.

Many people believe keloids –thick scars resulting from excessive growth of fibrous tissue- only show up in black skin or at least it’s the race with the highest incidence. The title evokes the persistence of certain racial stereotypes in modern society. 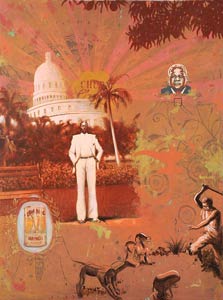 The project’s curatorship was run by Alejandro de la Fuente, a History and Latin American Studies professor at the University of Pittsburgh, and Elio Rodriguez, a Cuban artist whose works have explored the overlapping borderlines among race, genre, nationalism and globalization. The exhibit includes artworks in a number of expressions –painting. Photography, installations, sculptures and video- crafted by Pedro Alvarez, Manuel Arenas, Belkis Ayon, Maria Magdalena Campos-Pons, Roberto Diago, Alexis Equivel, Armando Mariño, Rene Peña, Marta Maria Perez Bravo, Douglas Perez, Elio Rodriguez, Jose A. Toirac and Meira Marrero, many of them featuring versions somewhat different to the ones that were displayed at the Wifredo Lam Center.

For Keloids, Mattress Factory is once again working in collaboration with the Center for Latin American Studies at the University of Pittsburgh.