Modern Art on Demand at ArtBo

Artbo director Andrea Walker was quoted by EFE news agency as saying that this edition of the fair has shown a trend toward increasing interest in modern art that, additionally, is ruling the overall panorama of exhibitions. The event intends to become an international benchmark for both modern and contemporary art, but obviously the action of gallery owners and collectors is calling the shots.

As to the excellent selection of contemporary art showcased by 52 galleries from several nations, two elements have basically characterized the proposals on display: an intense relationship with the public and the broaching of social topics. A good case in point is the conjunction of both in the work of Colombia’s Adriana Salazar, “machines” that interact with the spectators and speak volumes of the increasing importance and dependence of today’s individuals on technology. That’s why when visitors come closer to a heap of 1,000-peso bills –the lowest bank note issued in Colombia- dangling near the floor, the bills start shaking and vibrating as if they were trying to run away from potential possession. Another piece that has raised eyebrows is the recreation of a series of vandalism attacks to Britney Spears posters following the 9/11 events in the U.S., presented by Colombia’s Francois Bucher.

The press has paid special heed to When, if ever, will a line be drawn below history’s horrors in the best interest of truth and reconciliation?, a piece by Colombia’s Carlos Motta that proposes a geographical rearrangement of the Americas in sync with Simon Bolivar’s ideals. Represented by Y Galleries, Motta shows a barely recognizable continent in which viewers can little by little make out all Latin American countries. For Yoab Vera, the gallery’s assistant director, this mixture mirrors the continental desire to find political and cultural unity, far from its many differences.
Source: EFE 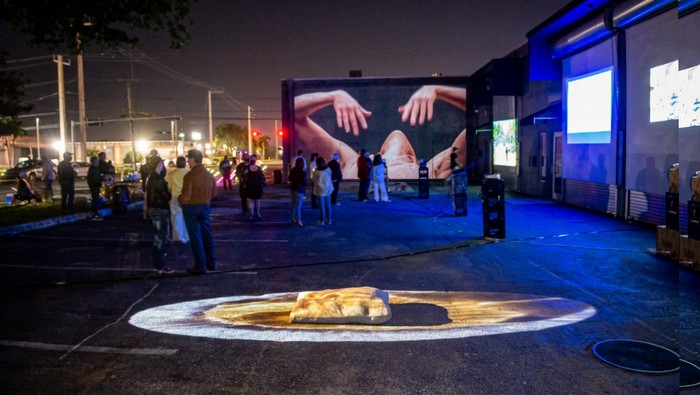 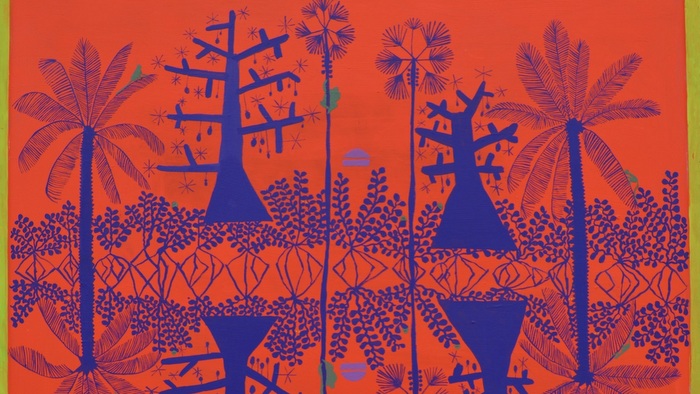 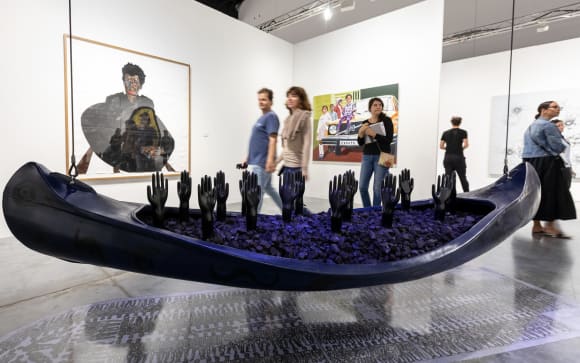 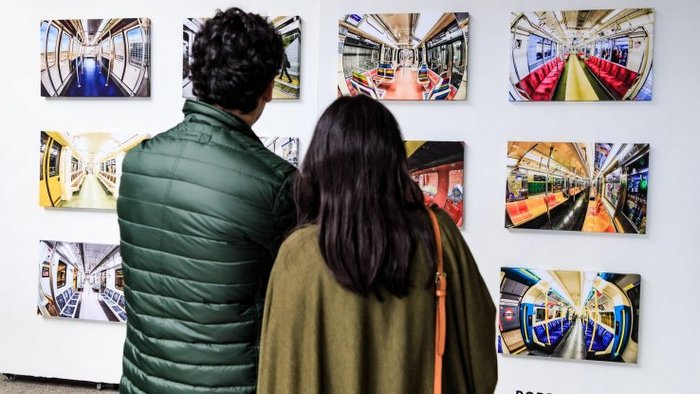