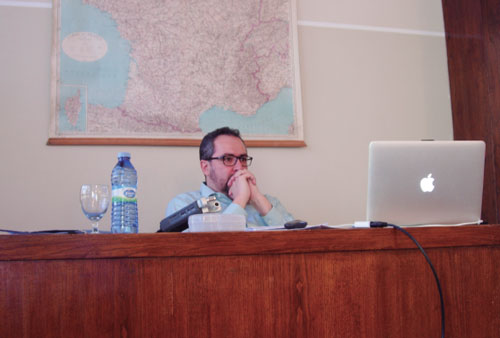 Carlos Jáuregui: Cannibalism and other demons

Colombian Carlos Jáuregui is one of the most recognized Latin American intellectuals in the history of art. His research has led him to tackle very complex issues, by relating art to the colonizing processes in the region. We should mention his book Canibalismo, antropofagia cultural y consumo en América Latina (Cannibalism, cultural anthropophagy and consumption in Latin America,) better known as Canibalia, which merited the “2005 Casa de Las Americas Award.” During the 13th Havana Biennial, we had the opportunity to listen to him.

In his last visit, Carlos Jáuregui brings another interesting and complex topic, which is also related to Canibalia in a certain way. It's about art, the genitals and the sovereignty of the eye.

«They invited me to talk about art and a year and a half ago I had finished, with a doctoral student friend of mine, the subject of visuality and gender. In other words, things as simple as we identify ourselves as a woman and a man, something that seems so natural and has to do with a historical process and with something we call the sovereignty of the eye, that is, a certain visual empire over the body, specifically about the genitals, why it is the genitals that define the genre and how they define it historically ».

In a way, your line of work is related to cultural anthropophagy, right?

It is curious that you ask me that. The work that I presented at the Biennial was about gender and androcentrism, but initially it started as another invitation to talk about cannibals, and I was already a little tired of that. So I invited a doctoral student of mine and I entrusted her to help me see if it gave her a slightly fresher vision. We were watching an art exhibition in Paris and she convinced me that it was not about cannibalism. Cannibalism was secondary, as a trope attached to this exhibition. What was really at play was the genital generation of gender, how gender is generated visually through a historical process that is very similar to colonialism. It is the colonization of the body as territory, and in that territory the demarcation of what are called the genital bodies. She convinced me and we did the collaboration. The relationship between colonialism and the generation of gender is not always evident, and yet there are bodies in which gender is a sort of territorialization-colony of the body.

Right now, I am working on what used to be the Mayan riverbank, that very tourist zone that stretches out from Cancun to Belize and that is full of resources and hotels. Everything is less Mayan, of course. That was the first contact zone of the conquistadores with Mexico, but it was the last area to be conquered. It resisted until the early twentieth century. Cancun, the first important city, was founded in 1974, that is, very late. I am studying that formation of the Mayan river from the sixteenth century to the present. It's a story about characters that change sides. I have worked in several art catalogs. Among them, one is about Guayasamín and another about Emiliano Zapata, the Zurian leader of the Mexican Revolution. I have also worked on Bartolomé de las Casas and the governments of the indigenous population from 1516 to 1532. This year I am going to switch to research about the processes of colonialism in Yucatan. A book of mine is also going to be called Espectros y conjuras (Specters and Conjurations); there are three chapters on colonial projects in Latin America. 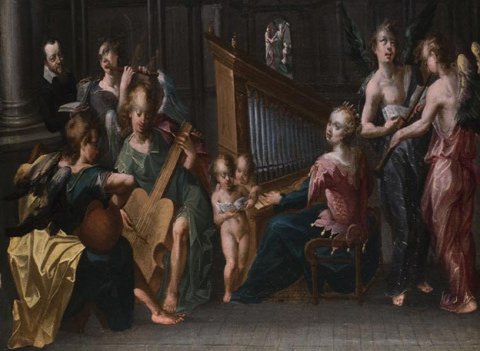