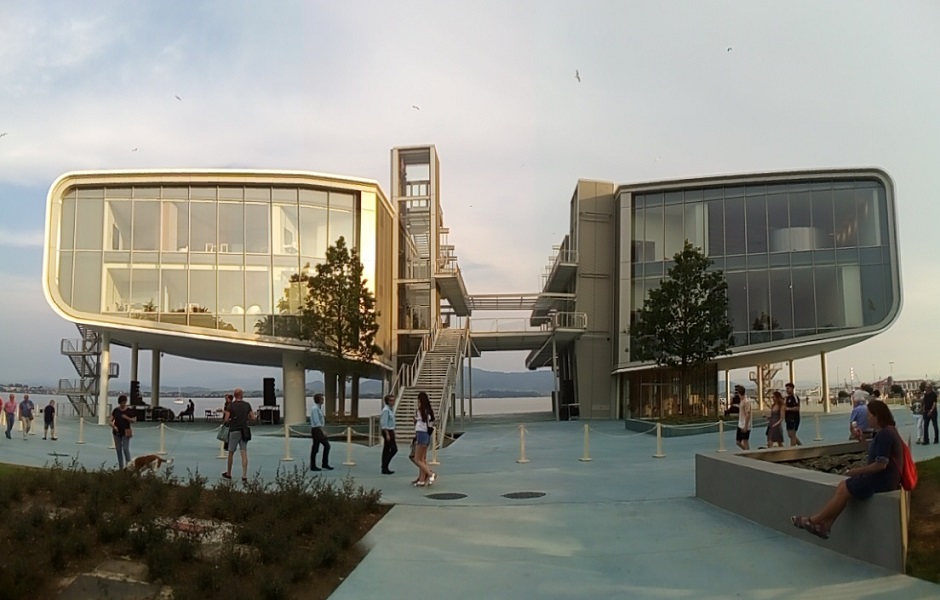 The editor does have someone to write for him

-Thank you for writing to arteporexcelencias@gmail.com. Here we will always have a useful space for those who write to us, and we will continue to comment on what happens in contemporary art fairs, and in the galleries, theaters and cultural centers of America and Europe. Today we will talk about six Ibero-American countries that come to our website www.arteporexcelencias.com:

-The new Swab Barcelona is about to happen in Condal City. We had the pleasure of greeting  its current director and founder Joaquín Diez-Quescón in person, with people who wanted, and we know that one day it will be possible, to see him working in  America. We will wait for the reviews of Cristina Fonollosa, our special correspondent, and the reviews from the expert Ramón Casalé, a faithful collaborator. You can enter to http://swab.es/

-We will also be half-partners, again, of the 16th  edition of the Estampa Madrid Art Fair, the third most important in the peninsula today, after the agreement with IFEMA. Thanks to Lorea Bastida in Madrid, who promoted this email: "We are organizing our 16th edition, which will take place from October 18 to 21 at the IFEMA showground. It would be a pleasure to continue to maintain the agreement, as we have already collaborated with you for several years. More information at  www.estampa.org.

- #Portugal: Another tireless friend who reports an inauguration is Nuno Sacramento, who made the opening of "Corazón", in his gallery in Ílhavo. The photos we posted on our Facebook page, Arte por Excelencias Online / Art of Ibero-American and the Caribbean show the gallery in full, and Sacramento with a splendid smile, because its actions included the work with the students and teachers from the art school of that city. Other news at http://nunosacramento.com.pt/

-A warm and kind hug to the master Thimo Pimentel who in another Dominican Republic summer launched the call and made his expected first Furtive Rally ¨Sur Corto¨(Short South). Hundreds of Dominicans toured the two-stage route for some 40 hidden works of art, in a Furtive Art movement studied by different anthropologists, original and without previous records: The page @thimopimentel has more than five thousand followers on Facebook. The National Prize of Plastic Arts 2010 in Quisqueya, has insisted: "For more than ten years I have loved the idea of making Paso de los Hidalgos a global attraction route and I have passed this idea to different strata of our culture, to the Ministries of Culture, Tourism and Environment, but without luck ... Other countries with less primacy than Dominican, make up anything to attract tourism and we, who have everything, are wasting our treasures ... 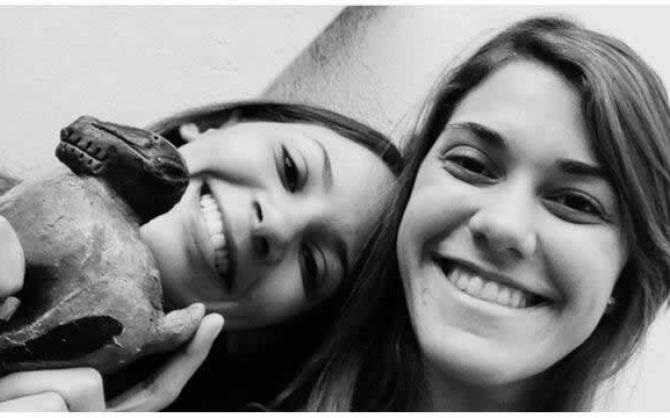 -The Great Theater of Havana "Alicia Alonso" held in the summer the exhibition "XXL: Smoke and Mirrors", organized by the National Council of Plastic Arts, collective exhibition that, proposes "a different way to show the pieces made by Cuban artists present in the CNAP Collection ", according to its curator Maria Carla Olivera. It is centered with total respect on the fundamental principle of the feminist struggle of all times: the demand for equality between women and men. “The truth is that these new airs are feel in the institution, with the equal promotion of samples from artists living outside the Cuban capital at the Visual Arts Center, such as "Within the Game" of creators from Villa Clara, the center of the country; and "Akademia", from the pedagogical group of Pinar del Rio, the most westerner city of the Big Island. See on Facebook CNAP PROMOTION.

-The Botín Center in Cantabria is very active , after the first year of its opening: María Cagigas, director of communication and development, announced that this management has meant an investment in art and culture, about nineteen million euros on the part of the Botín Foundation. You can read www.centrobotin.org. This Art Center was designed by the architect Renzo Piano, in collaboration with Luis Vidal plus architects, and they manage to integrate the city center and the historic Jardines de Pereda. Located over the sea and supported by a cantilever, the building does not touch land, suspended at the height of the treetops on pillars and columns, making a "pier" over the bay. There is a very active cultural program and a projection of synergies that causes "blue envy" to other cultural managers from Spain.

-Thanks to Elena Casquero in Cantabria for the opportunity to cultivate her friendship with Arte por Excelencias: and that is, that her capital city has been the successful protagonist of the 28th  edition of Art Fair, a proposal "Solo Projects" by Juan González de Riancho, director of ARTESANTANDER, with more than forty galleries, from the 14th to the 18th of last July; and excellent synergy with the art collecting course and sponsorship  of the Association of Collectors 9915 and the Institute of Contemporary Art, plus the Menéndez Pelayo University. Interested at  www.artesantander.com.

We welcome the coincidence in time and space with the 14th Spanish Biennial of Architecture and Urbanism, in the Palace of Exhibitions and Congresses with the slogan "More to live, more humanize". The Santander Art awards ceremony was held to coincide with the general exhibition of the finalist works of a Biennial that is conceived as a process in the period covered, coordinated with the Ibero-American Architecture and Urbanism Biennial.

-Great satisfaction and even contentment from the digital editor Isel Pérez, and the entire AxE team, following the response of the Mexican gallery owner María __ to the Cuban master Manuel López Oliva, about the invitation to visit the city of Metepec. When López Oliva, the most loyal expert of our team, inquired through which via they knew about his work, the response was flattering: on the Arte por Excelencias website, which according to Google Analytics it already doubles visitors in the first semester regarding the same date of the previous year.

-A big silent auction took place at the event "Art sets the table", as Alejandra Maciel our always attentive collaborator, writes to us, in CDMX and Zona Maco. At the Intercontinental Hotel, "for ten days, twenty-four works by world-renowned artists such as Rufino Tamayo, Arnaldo Cohen, José Luis Cuevas, Leonora Carrington, Keff Koons, Gunthen Gerzso, Pedro Coronel and Jesús Lugo were exhibited among the aromas and flavors of the  Parisian kitchen "- Alejandra writes to us, and this was possible because of" the marriage between Au Pied de Cochon of Santa Fe as a cultural setting, the Lourdes Sosa Gallery as a donor and the Art for Life Foundation AC as a beneficiary, to achieve an original fundraising event in favor of social projects for vulnerable populations. "

-Find our print edition in the virtual kiosk www.pressreader.com. And for those who want to have editions to complete the Arte por Excelencias collection, we will have a special offer for the 10th anniversary, for collectors, art schools, galleries and information centers in general. The first to receive and accept it has been the Autonomous University of Nuevo Leon (UANL), Mexico, outstanding in cultural management, and proposed for the Excelencias Awards that will be delivered at the International Tourism Fair of Spain. Write to arteporexcelencias@excelencias.com.