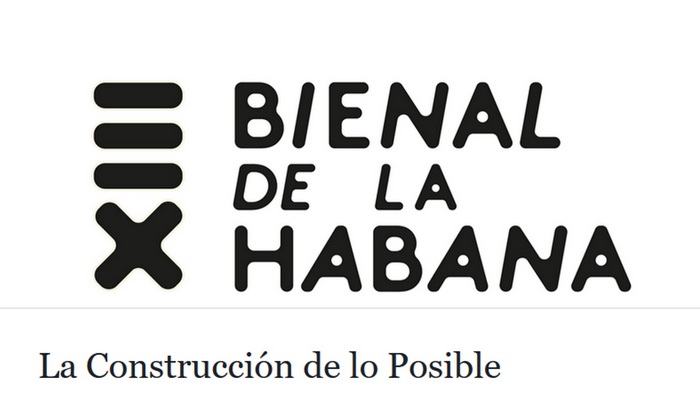 Let us support the construction of what is possible!

The 13th Biennial of Havana, will be inaugurated next April 12th in Havana, a capital that is all out to celebrate its half millennium despite any natural phenomenon.

Our embrace comes from the soul for those who have been victims, in four municipalities of Havana, of an unforeseen tornado. I am certain that these neighborhoods will be rebuilt and will be more beautiful, and that the Cuban capital will rise with renewed strength for this new edition of the event.

This wave of solidarity, which has flooded the streets, houses and workshops of artists, and the most diverse settings, has been impressive. There were more than four thousand damaged homes and hundreds of Cubans who lost a lot in just sixteen minutes. The artistic brigades have been setting off uninterruptedly, almost four per day, to go first and remove the debris on the streets and houses, and then do artistic performances in the most damaged neighborhoods. From the most popular musicians, the most famous actors, to the youngest who study in art schools.

Among the first to respond to the appeal have been the Empresa de Grabaciones Musicales (EGREM: Musical Recordings Company), the National Council of Plastic Arts and the Fábrica de Arte Cubano. And it goes without sayingthat those of us who make up the Grupo Excelencias  brought from our homes everything that could be useful for the victims, and joined in from the very first minute of the call for solidarity, from our media.

I should remind anyone who does not understand our sense of belonging that Arte por Excelencias was born in the heat of a feverish Biennial of Havana a whopping ten years ago. Right now, when in just one week electric power and all the basic services in the damaged areas were restored, the news from the Wifredo Lam Contemporary Art Center reaffirms that more than eighty Cuban artists and some two hundred foreigners prepare their workshops and equipment to intervene on the city.

For that reason I applaud that nothing has been able to stop this 13th Biennial that is so close:  creators from the five continents will travel to work in that same Havana that gets on its feet. Works and projects of fourteen artistsfrom legendary Africa, twelve from Central America, a dozen from old Europe, five from Asia and Oceania are selected...and the interventions take again by storm, from “Behind the Sea Wall of the Malecón”, the National Museum of Fine Arts, the studio workshop of the Chullima Shipyards or the Wifredo Lam Contemporary Art Center. Thirty-five spaces of the Cuban capital will be the settings for the interventions: from the boulevard of a central avenue revamped such as San Rafael, the cultural street corridor in El Vedado, to the Pabellón Cuba and the French Alliance.

The Chinese will be in the “Galería Orígenes” of the Grand Theater of Havana, the Australians with their video art in the “Casa de Asia”, the University of the Arts will be literally flooded with other three dozens of artists. And all without mentioning the collateral samples; they alone include more than a hundred projects with another six hundred artists! They are overwhelming figures that result from everything that is enlisted: fifty-seven open studios, thirty-eight personal samples, twenty-nine collective exhibitions...

The 13th Biennial of Havana is already a resounding fact. Even before being inaugurated, Arte por Excelencias will be participating with the joy of this unnamable party that is art and culture healing a city that rises over its five hundred years of foundation: # FuerzaHabana #FuerzaCuba. Here we will always be. #PorlaHabanaLoMasGrande