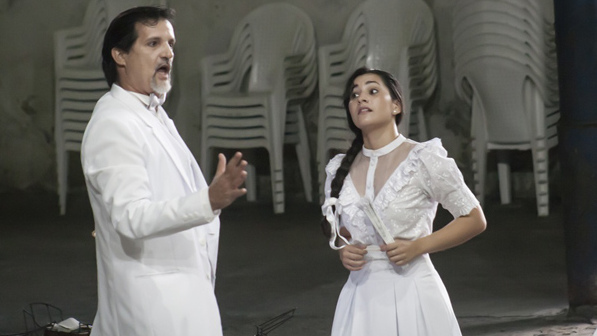 "Oficio de isla": in the "clearing" of a country

One of the most important events of the Cuban theater in 2018 was “Oficio de isla”, a staging by Osvaldo Doimeadiós, presented on an old dock of the Havana harbor, in which music — performed live by the Rancho Boyeros Municipal Band - and the actors were the main protagonists.

Inspired by a historical event - the stay at Harvard University of 1,273 Cuban teachers in 1900, shortly after the end of the Great War for independence - the work proposes a shocking look at the dispute between the United States and Cuba, from the 21st century reality. It is about the crisis that the invitation received by a young teacher to travel to the North causes in a family of the Island.

From there, different points of view on the matter are presented. The family is divided and the contradictions between the young and the old emerge: they show class differences, underline discrimination based on skin color, question the imperatives of patriarchy on the social performance of women and dignify the role of teachers in the formation of human values, in the education of the newest generations.