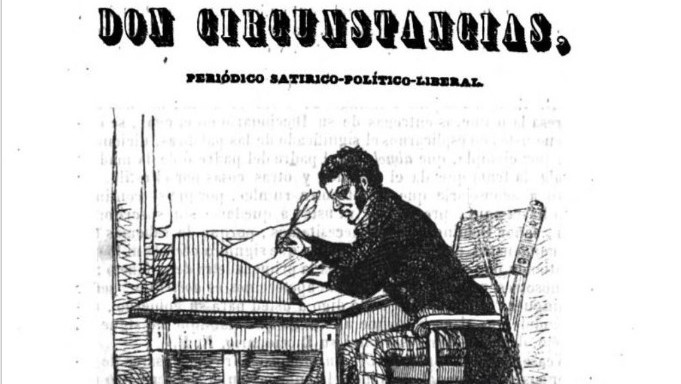 Cuba has a long history of periodicals in which caricatures and cartoons provide a glimpse of society`s daily life at different moments of its historical evolution.

On January 15, 1879, the first issue of the satirical weekly “Don Circunstancias” was published, under the direction of Juan Martínez Villergas and with cartoons of outstanding draftsman Víctor Patricio de Landaluze, both Spaniards.  This publication was part of the extensive collaboration between the two authors during the second half of the nineteenth century, the result of which six weeklies appeared, all of the same humorous, satirical and critical cut on political current affairs, Creole customs and incidents of the Island`s life.

The graphic humor of the “Don Circunstancias” weekly constitutes a very valuable documentary source, since there appear street characters, ways of speaking, fashions, traditions and customs of Havana that allow to know and analyze the history and evolution of the Cuban society of the nineteenth century: studies that could and should be undertaken by specialists from all social sciences, not just the plastic arts.