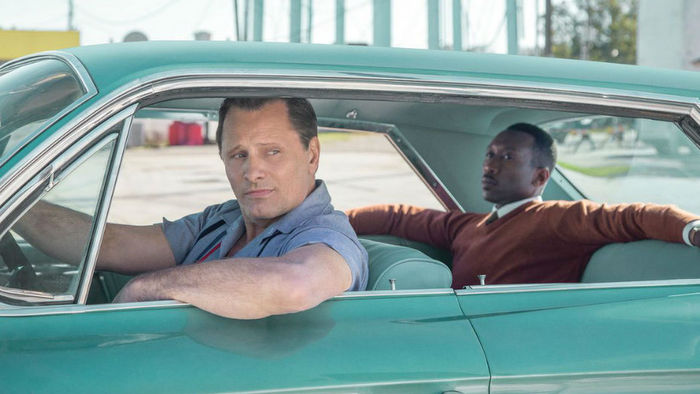 Rolling with Art: A 2019 Oscar for the Cadillac Sedan DeVille

The Green Book film is an excellent film, based on real events, which is set in the early 60s. It narrates the concert tour, in the southern United States, of a black pianist, Don Shirley (played by Mahershala Ali), along with his strong bodyguard and Italian-American driver of the New York Bronx, Tony Lip (who plays Viggo Mortensen).

For this tour, they should consult the Green Book, a guide of "safe" establishments for African Americans, published between 1936 and 1966, at which time a fierce racism "ran" in the United States, particularly in the south. The Green Book was also known as ´The Negro Motorist Green Book´ or ´The Negro Travelers´.

This guide featured hotels, restaurants, beauty salons, golf courses, party halls and any other service that a traveler (black) might need on his route along the roads of the South American. And the film is about the journey of these two characters in a 1962 Cadillac Sedan DeVille model car.

How, together, they face racism and prejudices of the area, while leaving their differences to survive the environment. The Oscar Awards, delivered in February of this year (2019), awarded the Best Film award to Green Book and, in addition, Oscar for Best Supporting Actor to Mahershala Ali (Don Shirley).

From the film Green Book itself, they were also nominated for an Oscar, in the Best Actor award, Viggo Mortensen (Tony Lip), as well as the Best Original Screenplay and Best Editing. For many (and I include myself) an Oscar must have been awarded to the third "star" of the film: the 1962 Cadillac Sedán DeVille, which appears practically throughout the film.

The first Cadillac Coupe DeVille appeared in 1949. The prototype of that car was used by the president of General Motors, Charles E. Wilson, until 1957. The name DeVille is derived from the French and means city. By 1959 the Cadillac DeVille came out, remembered for its great ´tailfins´, marketed in Cuba and that still rolls around, as part of the Rolling Museum.

According to Dirty White Boy Picture Cars, the person in charge of the film's cars, special windshield wipers had to be used for the rain and snow scenes. The 4-door version was chosen because it was the most appropriate. The film, in a tone of dramatic comedy, is a story about love, acceptance and overcoming barriers.