One of the most interesting “Solo Show” of the recent edition of Art Marbella, has undoubtedly been that of the Iranian sculptor Masoud Akhavanjam (Tehran, 1969), who arrived in the capital of the Costa del Sol by the hand of the Italian Gallery Toro Arte Contemporánea.

Arte por Excelencias spoke with Irina Machneva, curator of the exhibition and member of the Host Committee of the international fair of modern and contemporary art, which was held at the Palace of Fairs and Congresses of Marbella, between the pastJuly 30 and August 3.

Irina, what have you brought to this fifth edition of Art Marbella?

“As part of the Committee I invite collectors from other countries such as Russia, Kazakhstan or Italy to the fair, because I work a lot with Italian collectors. They participate in the VIP program, which this year has been very good. We have been in Malaga visiting the Pompidou and in La Térmica, watching the Bansky exhibition. Also in workshops of some artists and in "after-parties", which are very important, because they allow to expand the network of contacts. In general, the Art Marbella VIP program is always very interesting.” 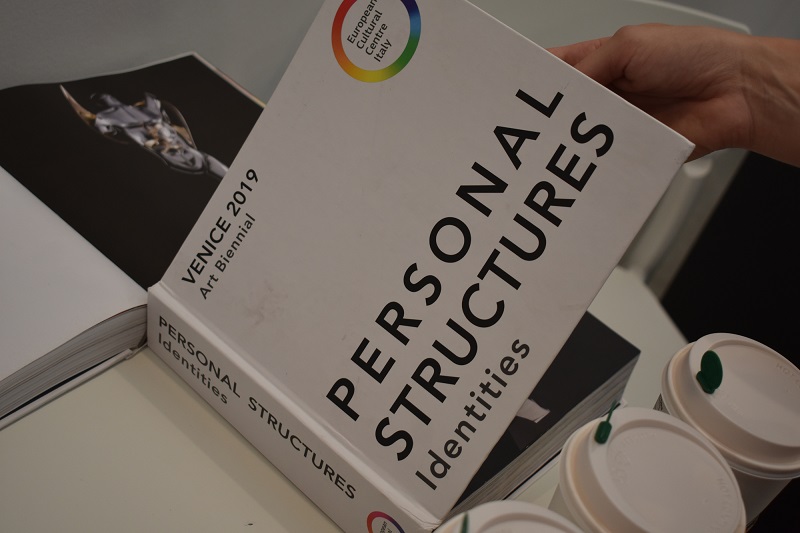 And your relationship with Toro Arte Contemporánea?

“This year I am also collaborating with this Italian gallery and we bring many international artists. One of them is MasoudAkhavanjam, an Iranian creator who works a lot in Europe. Right now, a large format version of these sculptures (Dilemma of Man and Metamorphosis) are at the Venice Biennale; not in the national pavilion of his country, but as part of the Personal Structures project, of the GAA Foundation and the European Cultural Center”.

What materials and themes does Akhavanjam work?

“Those are works in steel and fiberglass, limited edition, the majority, of five units. Aesthetically, all his pieces are nice, but they also have a very deep thought or idea inside, there is almost always an allegory to world politics.

“For example, Metamorphosis comes from a very ancient Persian legend and is a mixture of animal bodies (bull, deer, elephant). With it, the author is telling us that large animals (in reference to large countries) can live in harmony with weaker animals, with weaker countries, without forcing domination.

“While Dilemma off Man is like a reminder of ourselves, it is that reflection of ourselves that we can see in the piece, of that angelic part that we have and also of our demonic part… we are each day between the two extremes, deciding what we do and what part we take, the good or the bad.”

Masoud Akhavanjam has studied in Germany and the United States. He established his own workshop and made his first bronze sculpture in 2011. In 2013, he had his first individual exhibition at the Etemad Gallery in Tehran. This is his second participation in the Venice Biennale…. In Spain his work was known?

“This is the first time Akhavanjam exhibits in Spain and is having a lot of acceptance. In fact, we are thinking of opening a gallery or showroom in Madrid in the coming months. He comes from a very important family of collectors from Iran and his pieces are in private collections around the world. In addition to this, he regularly participates in art fairs in Dubai, Abu Dhabi or Miami.”

Until now, we do not know that the man who, from a corner of the stand, looks at us with childish modesty, as if seeking public approval, is MasoudAkhavanjam. So we take the opportunity to ask you in English the reasons that inspireshim:

“Philosophical issues and social issues of daily life. I don't want to say political issues, but they are. Because everything social is a bit political. It's about everyone's coexistence. Who is the victim in this culture? Personal situations such as not being selfish and worrying about other people, about the world, about other societies or groups. These types of themes are what usually inspires me.”

Irina Machneva is of Russian origin but born in Kazakhstan, where she had her own gallery. She currently lives in Marbella. Since 2017 she is Ambassador and member of the Host Comittee of Art Marbella, a modern and contemporary art fair that has just celebrated its fifth edition, and of which Arte porExcelencias is Media Partner.

More information about the artist at http://www.masoudakhavanjam.com