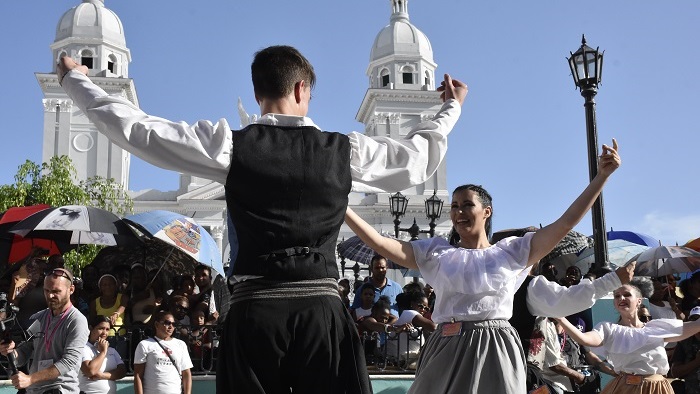 The fire never goes out

The Fire Festival, also known as the Caribbean Festival, concluded its last edition. In Santiago de Cuba, a telluric and sounding city, a city of mountains and carnivals, a rebel city, where no one fears to look into the eyes of his fellow man or has any qualms about extending a helping hand.

When the symbolic devil burns beside the bay, facing the Caribbean Sea, like an exorcism, the party seems to be extinguished, but it is only a figuration. The flame is protected, like a living ember, in the most sacred of the earth.

Santiago de Cuba received with open arms the Oriental Republic of Uruguay. The Caribbean goes beyond these waters, it goes jumping continents, it goes founding loves, it goes with its ancestors and inheritances, its touches and smells. It imposes peace on diversity.

The son and the candomble shook hands. The tango and the bolero. Cubans and Montevideans. 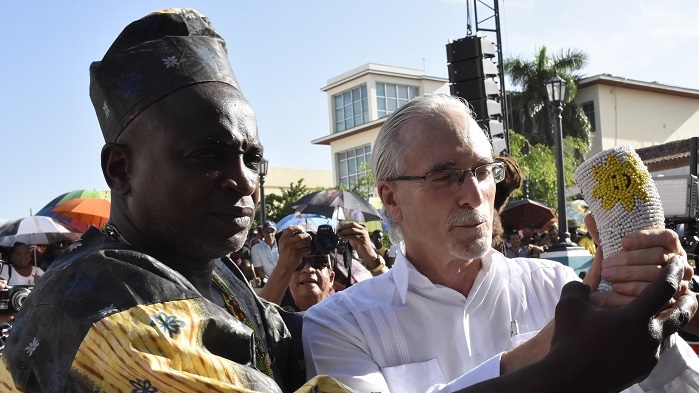 In the land of José María Heredia, the singer of the Niagara; on the premises of Cos Causse, Black Quixote, was paid tribute to Joan of America, to Ibarborou, to his book Diamond Tongues. One hundred years are not enough to forget. Lola Rodríguez de Tió returned from the Borinquen loved to Cuba, like wings of the same bird, with one heart. And Teresa Melo with her protective shadow.

It hasn’t been little to achieve thirty-nine uninterrupted editions of a party that has already been transformed into a true cultural olympiad. Contrary to the circumstances, always appealing to creation, knocking on doors, gathering wills and songs.

Creators, poets, popular artists - those who inflate their chest to the heat of tradition -, coming from the small islands of the Caribbean, from the Antilles, from the shores of the American continent, from beyond ... Perhaps everything is summed up in a hug, in the certainty of a next time. July waits. The fire never goes out.

Previous publication This Array of Colors: Stanley Whitney - Yves Klein Next publication Josone: The Cuban musical adventure that looks to the future