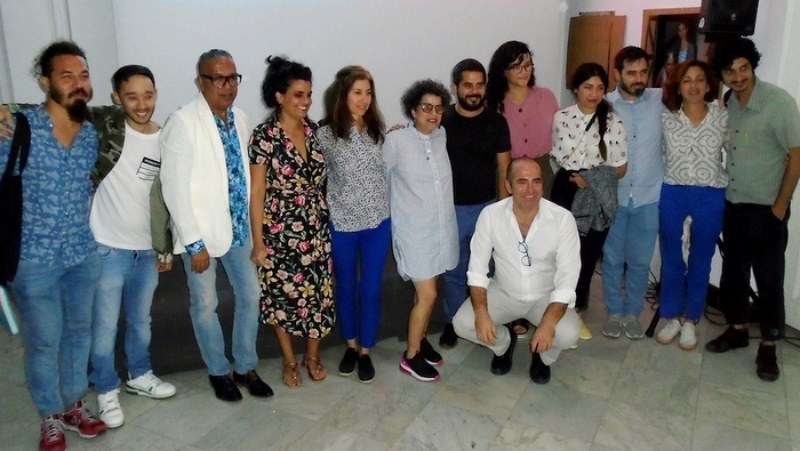 A day of conferences and exchanges with Cuban artists and projects that will participate in Arco Madrid took place at the Spanish Embassy in Cuba with the presence of that nation's ambassador, Juan Fernández Trigo, and the cultural manager, Jorge Peralta.

The Arco Madrid Contemporary Art Fair will be held from February 26 to March 1st. 2020, and his artistic practices will revolve around the work of Félix González Torres (Guáimaro, November 26, 1957-Miami, January 9, 1996), an artist who transcended his installations and minimalist sculptures with objects and materials of everyday life (paper, candy, lights, puzzles ...), to address issues such as sexuality, love, disease and rejuvenation.

Manuel Segade, curator of Arco and director of the CA2M Centro de Arte Dos de Mayo of the Community of Madrid, has stated the following: «The work of the artist Félix González-Torres has been growing as a continuous fund in recent decades, as an aspiration, a desire or an accompaniment that makes the notion of progressive and linear history more complex. As a kind of pollution, its modes of distribution, the participation of the viewer in his work, the possibility of introducing emotionality in conceptual patterns, the ability to transform the most everyday into the symbolic, political activism as a formal poetic, the suture between public and private… they seem fundamental today to understand the role of contemporary artistic practices in the 21st century and maintain a space of complexity».

In his lecture "Félix González Torres, the presence of the omitted subject", art critic Elvia Rosa Castro stressed that this artist enters the field of the mythical, being included by some specialists among the hundred most important of the last century. «However, beyond a small group of plastic artists and some critics, Félix González Torres is a total unknown in our country».

The artist Wilfredo Prieto, for his part, shared with those present the experience of the research he is conducting, whose first result will lead to Arco Madrid. «It is somehow to return to 1997, to an experience that I shared with a group of students that we called ourselves DUPP Gallery, and it was a search of the mark of Ana Mendieta's work. I am curating an exhibition for Madrid where I do research from practice, as a kind of return to his own work. It is a very modest, very intimate exhibition, which is somehow seeking that relationship with Ana Mendieta's first work».

Also involved were Glenda León, Susana Mohammad (from the Marco A. Castillo Studio), Solveig Font, Aurora Carmenate (El Apartamento Gallery) and Juanito Delgado, curator of the Behind the Wall project, who presented their contribution to a curatorial project that somehow, from an essential Cuban artist, will give the opportunity to further enhance the undisputed presence of the Island in contemporary art.