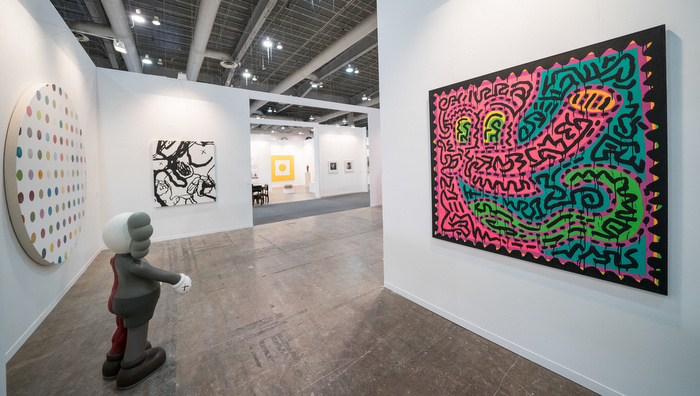 ZⓈONAMACO, the most important art fair in Latin America, has recently announced a series of news for its next edition. One of the most relevant is that, starting in 2020, the four fairs of its platform: ZⓈONAMACO México Arte Contemporáneo, ZⓈONAMACO Diseño, ZⓈONAMACO Foto and ZⓈONAMACO Salón, will take place simultaneously in Centro Citibanamex. On the other hand, the fair announced the creation of Foro, a new section aimed at promoting the work of artists, projects and mid-career galleries, which will be curated by Anna Goetz (independent curator and critic).

Another important announcement is the curatorial proposal that ZⓈONAMACO SUR (one of the sections of ZⓈONAMACO México Arte Contemporáneo) will present next year: the under-representation of gender in the art market. Kiki Mazzucchelli, curator of this space for the third consecutive year, will address the issue by focusing on women, non-binary and queer artists, in order to bring together the work of important historical and contemporary Latin American professionals who directly or indirectly address gender issues.

In this regard, the curator explains: "According to a 2018 report produced by the Freedlands Foundation, today 30% of artists represented by major commercial galleries in London are women, with only 5% of galleries representing an equal number of male and female artists. Although I was unable to find any analogous reports, the situation in Latin America seems similar: a review of names listed on the websites of major commercial galleries in São Paulo, for example, shows the same 30% average of women representation.

The section aims to highlight the work of women and LGBTTTIQA artists in the region, expanding the discussions around ideas of gender and representation opened up in recent years by important initiatives such as the group exhibition Radical Women and the historical reappraisal and recognition of significant queer artists such as Hudinilson Jr and Sergio Zevallos”.

In this way, ZⓈONAMACO SUR 2020 seeks to reflect the movement where art historical narratives are expanded, which has gained momentum in the new millennium. Over the past 20 years, artistic canons have been increasingly revised and broadened to embrace practices that have been systematically overlooked in the traditional mainstream circuit.

ZⓈONAMACO will be held on February 5-9, 2020 at Centro Citibanamex.

Previous publication Sacbé: all the roads of Mexican culture Next publication 46th edition of Arte por Excelencias is already circulating