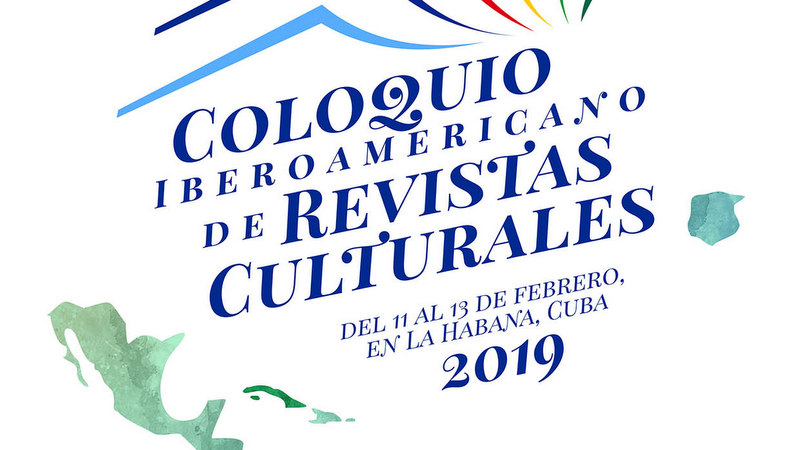 The publication of cultural magazines and their insertion into new technologies, the communication strategy to strengthen the promotion and visibility of these in Ibero-America, the promotion and encouragement of artistic and literary creation, the dissemination of cultural heritage in the region and the preservation of the digital cultural heritage will be the themes that will be addressed during the Ibero-American Colloquium of Cultural Journals that will take place from February 11 to 13, 2019 in the Cuban capital.

The initiative of the Colloquium comes from Addrell Herrpinark Gutiérrez, Director of the National Registry of Serial Publications belonging to the Cuban Book Institute. Among the venues are the Aula Magna of the San Gerónimo University College of Havana, scheduled for the inauguration, the Contemporary Art Center "Wifredo Lam" and the Cuban Art Factory. As part of the collateral activities stand out the exhibitions Habana Pasión by the photographer Gabriel Dávalos and En el ojo del ciclón  of the plastic artist Yram Marrero Jiménez.

A large number of magazines will participate in the event, including Arte por Excelencias, which will be presented on February 13 at 10 in the morning at the Cuban Art Factory. Other publications that may be known are: Amnios, Opus Habana, La Jiribilla, la Siempreviva, La Gaceta de Cuba, Revolución y Cultura, Temas, Conjunto of Casa de las Americas, Arte Cubano, Tablas y Guayza of Casa de Iberoamérica of Holguín.

On the other hand, the guests include Mr. José Carlos de Santiago, President of the Excelencias Group, Carlos Pérez-Desoy and Fages, Consul General of the Embassy of Spain in Cuba, Nuria Reigosa González Minister Counselor Embassy of Spain in Cuba, Marianne Ponsford (Colombia ) Director of CERLALC and Director of Arcadia Magazine, Arsenio Escolar Ramos (Spain) President of the Association of Spanish Publishers of Periodical Publications and Dr. Eusebio Leal Spengler, Historian of the City.

Meanwhile, the participating Cuban institutions include the Cuban Office of the ISSN, the Chamber of Commerce of the Republic of Cuba, the Office of the Historian of the City of Havana, the Cuban Institute of Cinematographic Art and Industry, the Cultural Society " José Martí ", the Friends of the Country Economic Society, the National Council of Plastic Arts and the National Union of Writers and Artists of Cuba.