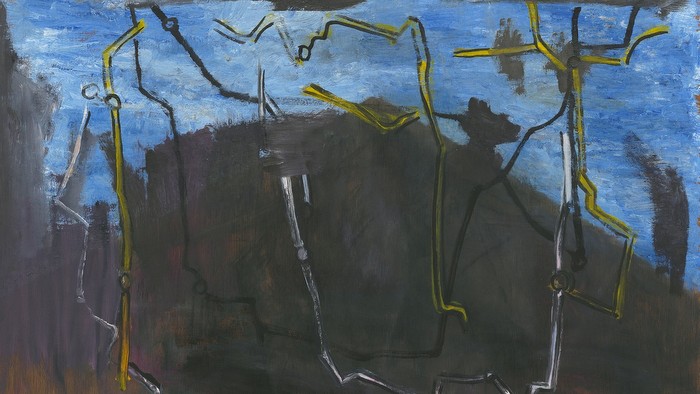 On February 22, the Madrid gallery Elba Benítez will open an individual exhibition by the Argentine artist Guillermo Kuitca. Curated by Sonia Becce, the exhibition will include paintings and a new group of drawings on theaters, including the Teatro Real de Madrid and La Scala in Milan.

Guillermo Kuitca, Chevalier de l'Ordre des Arts et des Lettres of the French Republic, was born in 1961 in Buenos Aires, where he lives and works. In 1991, he created in the Argentine capital the Program of Workshops for young artists known as "Scholarship Kuitca", which has already been five editions.

Since 1980 he has made more than fifty individual exhibitions in some of the most prestigious museums and galleries of contemporary art around the world, among which stand out the exhibitions in The Museum of Modern Art (MoMA, New York, 1991) and the Fondation Cartier pour l'art contemporain (Paris, 2000).

Kuitca has participated in innumerable collective exhibitions, including the Bienal de São Paulo (1985, 1989, 1998) and in the Venice Biennial of 2007 he represented his country. In Spain he has exhibited at the IVAM-Valencian Institute of Modern Art (1993) and at the Reina Sofía National Art Center Museum (Madrid, 2003).

Although his theatrical activity includes the direction of his own shows "Nadie olvida nada" (1982), "Besos brujos" (1983) and “El mar dulce” (1984), his relationship with the world of entertainment has been increasing in the last years: in 2002 he was in charge of the scenography design of La casa de Bernarda Alba, by García Lorca; in 2003 of the scenography of El Holandés Errante, by Richard Wagner, at the Teatro Colón in Buenos Aires.

Also, in 2009, he designed the permanent curtain of the Winspear Opera House, the new headquarters of the Dallas Opera and, a year later, that of the Columbus.

For her part, Sonia Becce is an independent curator and compatriot of the artist, with whom she has collaborated since 1989, mainly as a jury or coordinator of the "Kuitca Scholarship" for young artists. She is currently a consultant for cultural activities and exhibitions at the Kirchner Cultural Center (CCK) in Buenos Aires.

This inauguration will be a magnificent prelude to what Elba Benítez will take to ARCOmadrid: a selection of works that revolve around the different uses that artists give to the gallery, including Cristina Iglesias, Carlos Bunga, Ignasi Aballí and Fernanda Fragateiro.

In addition, they will have a space in the Peru Section, guest country of this edition of the contemporary art fair, where you can see the new work of Armando Andrade Tudela, from whom the Arco Foundation will also exhibit works, in the VIP lounge of the event.

Since its creation, in 1990, the Elba Benítez Gallery has covered a wide spectrum of contemporary artistic production (sculpture, painting, photography, video, site-specific installations, performance, collective actions), in its desire to "explore other channels of expression, formed by the interaction of art with other disciplines, such as architecture, cinema, tourism, urban planning and the production of projects for public spaces ".

Previous publication 2019: year of Benny Moré´s centenary Next publication A more architectural ARCOmadrid to enhance the visibility of the artist