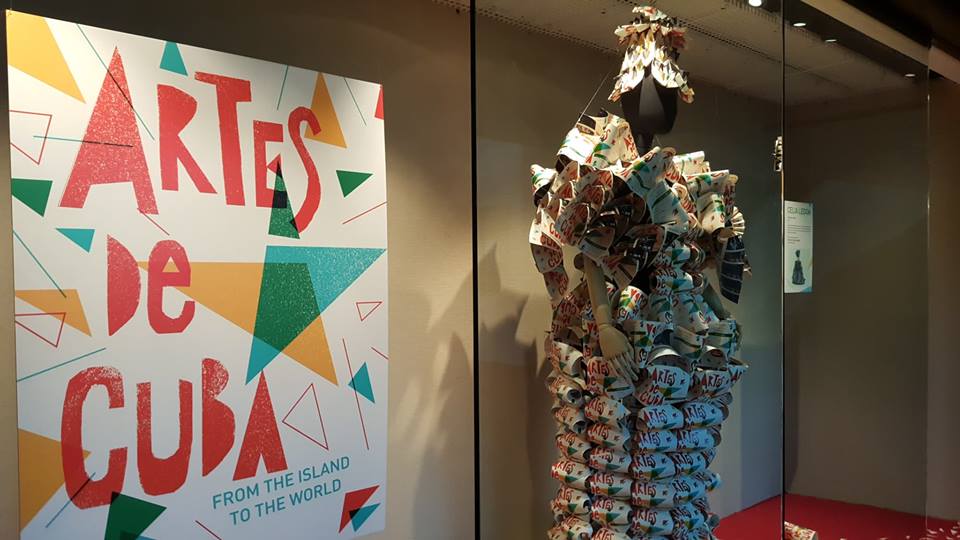 A blast of Cuban art is hitting the Kennedy Center this month. The “Artes de Cuba” festival kicked off at the Eisenhower Theater on Tuesday night with an exuberant cornucopia of music offering a foretaste of two weeks of performances — from a jazz quintet that offered one number a cappella, with only hand-clapping as accompaniment, to an 87-year-old chanteuse, Omara Portuondo, who coquetted with the audience, sang three songs with heart and engagement, and lifted the curtain, after it had come down, to offer a last enthusiastic goodbye.

The lid is off musical boundaries at this type of event. Many of the artists bring classical training to their own brand of improvisatory jazz, like Aldo López-Gavilán and Jorge Luis Pacheco, who offered a preview of their duo piano evening on Saturday with a lively Cuban medley.

The Orquesta Miguel Faílde is a chamber-size ensemble devoted to danzón, the distinctive Cuban musical genre, led by a flutist — the grandson of the official originator of the genre, for whom the group is named — who played his way through the audience as the musicians took the stage.

A movement of a guitar sonata by the well-known composer Leo Brouwer, played by Alí Arango, fit seamlessly into the musical melting pot, intricate and rewarding. Aymée Nuviola, a salsa singer and actress, made a splash by dancing and singing and inciting the audience to participate in “Bemba Colora,” and later accompanied Portuondo on the piano, as well as vocally, in “Tres Palabras.” (Portuondo, accompanied by a gifted young pianist named Roldany Hernández, also sang “Veinte Años” and “Quizás, Quizás, Quizás,” also soliciting input from the many audience members to whom these songs were well known.)

Classical fans know the Havana Lyceum Orchestra at least for their 2017 recording with Simone Dinnerstein, “Mozart in Havana.” The orchestra of a leading Cuban conservatory, made up of students and faculty members (some of whom had to practice on instruments strung with telephone wire, for lack of better resources), showcased a mix of straight classical and more vernacular arrangements on their 2017 U.S. tour under their conductor, José Antonio Méndez Padrón.

On Tuesday, their “Samba Son,” written by Jenny Peña Campo, their principal second violinist, was on the vernacular side, offering syncopations and pizzicati and solo turns aplenty, and deservedly brought down the house. They perform again on Thursday, with Arango as one of their soloists, and are well worth checking out.

Next publication Judy Ledgerwood: Chromatic Patterns for the Art Institute of Chicago