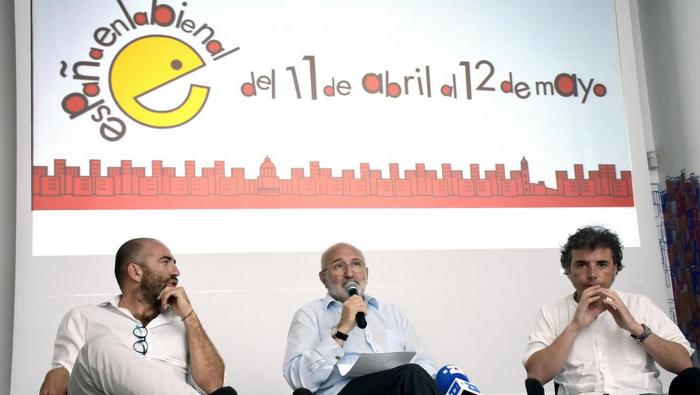 Art and passion of Spain in the Biennial

Qualified as particularly relevant, the presence of Spain in the 13th edition of the Havana Biennial will be "plural and varied, and will show the richness and diversity of the current creation in that nation of the Iberian Peninsula." This was reaffirmed at a press conference held at the diplomatic headquarters of Spain in Cuba, chaired by Ambassador Juan Fernandez Trigo, the cultural advisor in Cuba, Jorge Peralta, and the director of Programming of Spanish Cultural Action, Santiago Herrera.

"For us, the Biennial," declared Fernández, "one of the most important cultural events in Latin America, has a special connotation, to be celebrated in the year in which this city celebrates its fifth centenary, and in which we will hold a Festival in its honor. The Footprint of Spain that will be also special. There will also be a series of trips to Cuba that we hope can be completed. We have made an important call for this event, managing to bring an important number of artists: there are fifteen between individual and collective projects, which makes us the nationality of more participation in the Biennial» 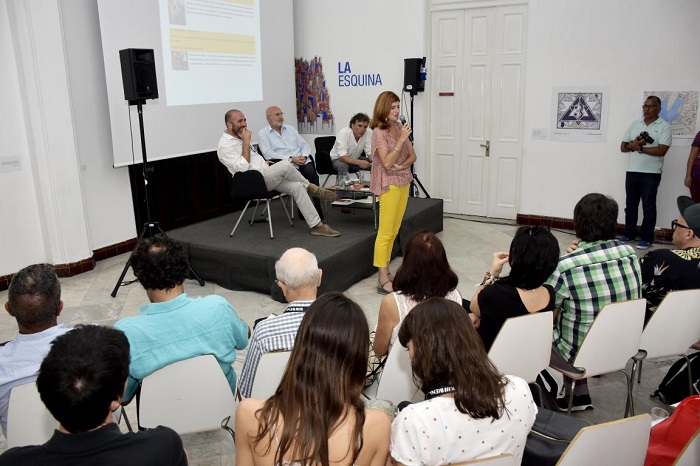 For his part, Santiago Herrera stressed that Acción Cultural Española and the Ministry of Culture of that nation have cooperated closely to support all Spanish projects that will be in Cuba between the months of April and May. "We had already supported the Biennial in 2015, but this year we have increased the cooperation sixfold, placing it practically at the same level as that of the Venice Biennial in terms of financing. For example, the Spanish artists who will participate in the project Detrás del muro are well known and representative of what is happening in Spain at this moment. We did not choose them, but we have given the librarians the freedom to propose them. We do not want all this to remain in the celebrations for the 500th anniversary of Havana, but we will continue with this cooperation with a view to the future." 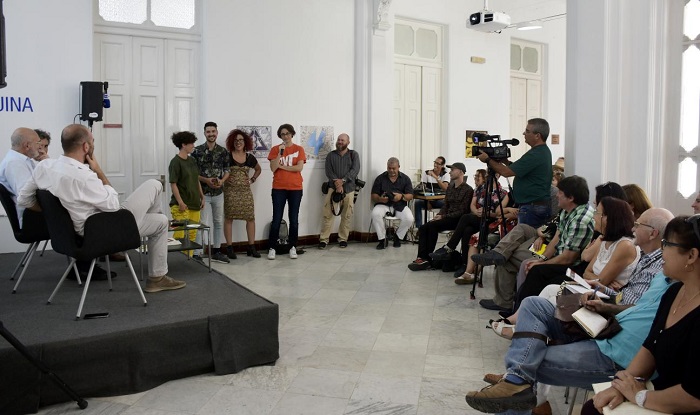 Spain brings to the Biennial four individual projects: From peasant to peasant, Asunción Molinos, Natural History Museum, Bishop no. 61, Old Havana, April 16, 10:00 a.m. ("Meeting between Spanish and Cuban farmers, in days of coexistence and talk-event that aim to create forms of transnational community life, and build other possible agricultures"); What we talk about when we talk about the future, by Esther Aldaz, Visual Arts Development Center, Cuba and Lieutenant Rey, Old Havana, April 12 («part of the future word to create an installation that recreates the visual content that the citizens of Havana have of her »); Jababacoa, by Luis Gárciga and collective Casita, Center for the Development of Visual Arts, April 12, and Historical Museum of Guanabacoa, Martí no. 108 esq. Versailles, talk April 20, 11:00 a.m. ("Part of the recent history of Guanabacoa as a place for textile production workshops"); 20 red lights, Max de Esteban, Fototeca de Cuba, Mercaderes and Teniente Rey, Old Havana, April 12 ("political essay where, through twenty key concepts to understand the complexity of contemporary finance, a critical evaluation is proposed of the ideological pillars that support Wall Street and neoliberalism »). 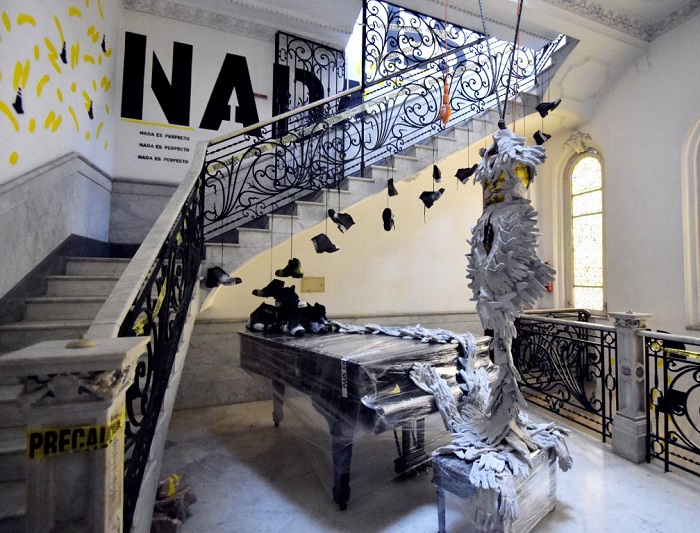 In the Spanish Embassy itself will be exhibited the installation País en construcción, by the Clandestina collective, made up of three exponents of graphic design and fashion in Cuba: Idania del Río, Celia Ledón and Gabriel Lara. Likewise, the researcher Iván de la Nuez has organized on the terrace Península en ínsula, which is located as a space for meeting, explanation and debate of Spanish art on April 15, 16 and 17, from 7:00 a.m. to 9:00 p.m. Finally, Blanca de la Torre will give on that same date Art and ecology. Common roads, an informative workshop with limited capacity that invites us to think, question and redefine ecology from art and sustainability as a possible space of resistance.

In Detrás del muro will be the artists David Magán, Suso 33, Martín and Sicilia, Okuda San Miguel, Bernardí Roig, Susy Gómez, David Rodríguez, José Manuel Ciria, Alfredo Bikondoa, Carlos Albert and Xavier Mascaró. The feeling of all those who in one way or another will be enrolled in this project of the XIII Biennial of Havana that will once again have as its center the Malecon Havana was summed up by Juan Delgado, its curator: "Without passion there is no art, and this it is a passion project that becomes a reality thanks to the tenacity and talent of the artists ». 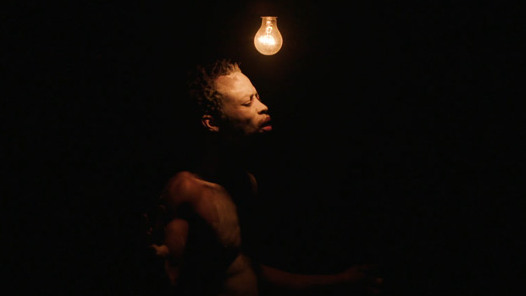 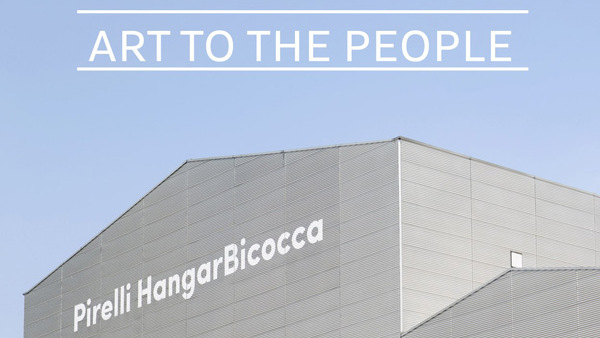