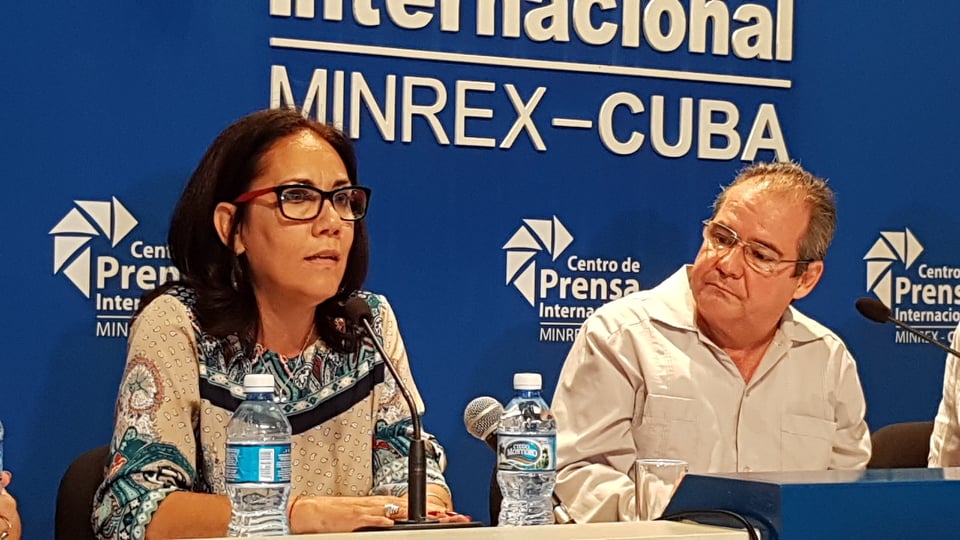 A Biennial with 35 years of history

The development achieved by the visual arts in Cuba, seven years after the Havana Biennial was celebrated for the first time, was highlighted on Monday by Norma Rodríguez Derivet, referring to the need to extend the scope of its thirteenth edition to another four provinces of the country: Pinar del Río, Matanzas, Cienfuegos and Camagüey.

In a press conference held to provide details of the event that will begin next Friday, the president of the National Council of Plastic Arts said the nation has more than 12,000 visual artists, many of whom reside outside the capital.

He also referred to the broad list of recognized creators from 52 countries that will attend the event, whose presence will be possible not only for the support provided by the institutional system of Culture, other State agencies and Cuban embassies; but also by the collaboration of diplomatic representations and foreign entities accredited in Havana, such as Acción Cultural Española and the French Institute.

In this regard, he noted the wide presence of creators from Africa, Latin America and the Caribbean; as well as from the United States, all invited from the quality of their works and the correspondence of their projects with the central theme of this edition: The construction of the possible.

Rodríguez Derivet also referred to the prestigious intellectuals and art critics who will participate in the theoretical sessions that will take place every Tuesday of the Biennial in the National Museum of Fine Arts, among which he mentioned the Portuguese Boaventura de Souza, the Paraguayan Ticio Escobar and the Colombian Carlos Jáuregui.

After defining the Biennial as an event of thought, inclusive, resistance and intergenerational exchange, Jorge García Alfonso, executive director of the event, underlined that during the event, not only will dialogue be held within the institutions; but its realization is expected and appreciated by an important segment of the population.

Finally, he highlighted the coincidence of this thirteenth edition with the celebration on April 28 of the 60th anniversary of Casa de las Américas, a bastion of Latin American culture that will also open its doors to the program of the event.

In the presence of projects that will be developed outside the traditional art exhibition spaces, Margarita González Lorente, head of the team of curators of the Biennial, recalled the sustained interest of this event to encourage the direct participation of the citizens.

The so-called Behind the Wall and Sea inside; as well as the one presented by the Mexican Tania Candiani, served as an example to the also deputy director of the Contemporary Art Center Wifredo Lam.