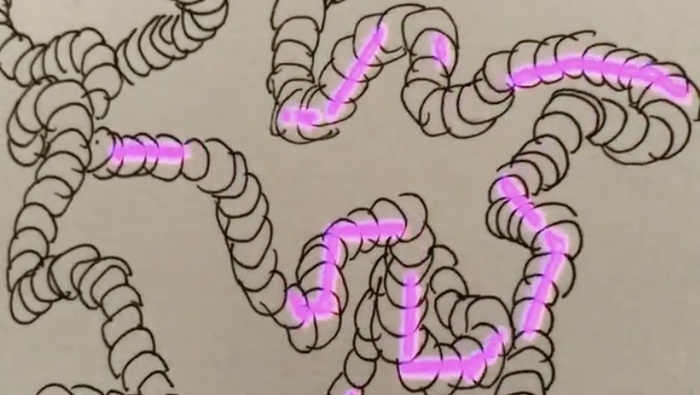 Aideen Barry Everything Changes, Nothing Perishes

Omnia mutantur, nihil interit, is a verse of Ovid's The Metamorphosis. The line refers to a character granted immortality but not granted the youth to enjoy it. It also refers to our own ability to constantly repeat the mistakes and follies of the past. This reference could be ascribed to the rise of the right in the body politic and in the everyday but it also refers to our own flaws and our inability to prevent calamity, doomed to Sisyphean repetition of tasks.

This is a notion Barry is drawn to again and again in her practice: the idea of the banality of the task and absurdity of repetition. Artistically this premise is illustrated in a complex process of controlled actions captured over a moment in time can appear as an optical illusion of movement, or create a visual fiction by bending time and space to create performative films, some of which will be presented in the show.

The show features moving image works of  perpetual motion and mirage, made up of thousands of captured still images over a long period to transform Barry / the protagonist into an automaton of working woman and reproduction vessel enveloped by the never ending overloaded tasks of a functioning female. New works include Time bends, we are transformed, but we return to the same place, A specially constructed new work of architectural drawing and video mapping will intervene in the floor will perform in an orchestration of light and sound. For Barry this is a feminist trope that emerges in her practise as she uses humour as a crowbar to leverage conversation about ascribed gender-roles and a type of questioning of the heteronormative world.

Several interactive drawing and animation works will be presented enforcing the idea of changes, evolution, revolution and return. There is an obvious nod to antiquity in this show, with themes of the monstrous and the fantastical merging with cutting edge technology and experimental approaches to video and sound interlacing throughout.